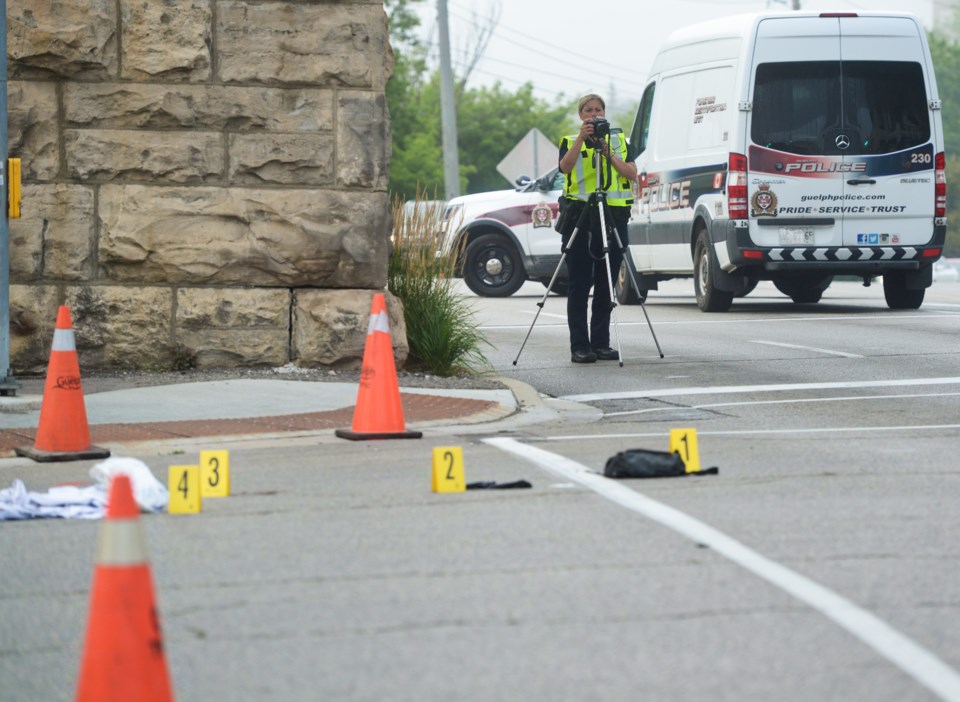 A man struck by a vehicle last month while crossing the street in Downtown Guelph has died.

The incident occurred on Sept. 3 at approximately 6:30 a.m. at the intersection of Macdonell Street and Wellington Street.

A 55-year-old man was struck by a van driven by a 61-year-old man while crossing the road from the south side of Macdonell to the north side, just south of the River Run Centre.

Inspector Andrea Ninacs of the Guelph Police Service confirmed that the pedestrian has since passed away and that the investigation is still ongoing.

At the time police reported that the pedestrian suffered "very serious injuries" and was taken to Guelph General Hospital before being transferred to Hamilton General Hospital.

The identity of the victim has not been released.

UPDATED:Police investigating serious downtown collision (4 photos)
Sep 3, 2019 11:05 AM
Comments
We welcome your feedback and encourage you to share your thoughts. We ask that you be respectful of others and their points of view, refrain from personal attacks and stay on topic. To learn about our commenting policies and how we moderate, please read our Community Guidelines.