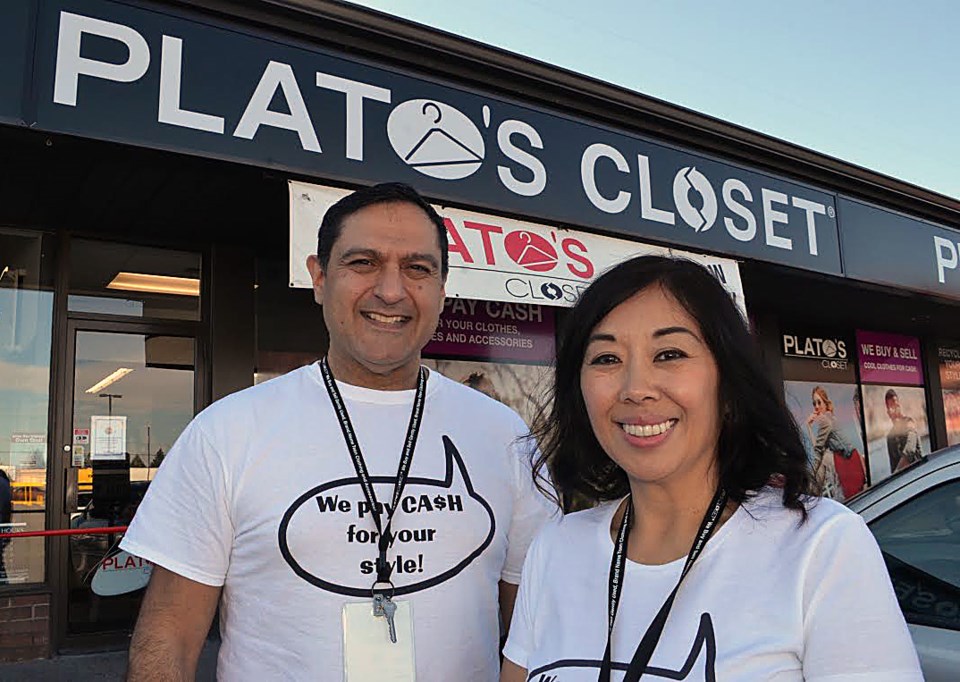 Guelph's latest clothing consignment store is focused on the latest styles and brands for teenagers and young adults.

Plato’s Closet at 170 Silvercreek Parkway North is focused on helping those young adults and families stay on budget and in fashion.

“Families are always looking for ways to stretch a dollar,” said owner Susan Chow. “This is one-stop shopping for them.”

Chow and her husband Stefan Scopacasa greeted a steady flow of customers during the store’s grand opening Thursday.

The store has been open for the past seven weeks while Chow and Scopacasa built up inventory but Thursday was the first day they were officially open for retail sales.

“All of the clothes we sell have been in the stores in the last 18 months,” said Chow. “We have the hottest styles and brands and we sell them for 70 per cent off the retail value.”

Mayor Cam Guthrie showed up to cut the ribbon and grab a pair of shoes for his son.

“Thanks for setting up here and providing choice and jobs for the people of Guelph,” said Guthrie as he posed for photos with the staff.

Customers are encouraged to bring in recently purchased and gently used brand-name clothes, shoes and accessories in exchange for money or store credit.

“We have multiple brand choices,” said Scopacasa. “We pay between 30 and 40 per cent of what we sell it for.”

Plato’s Closet is a franchise of the US-based Winmark Corporation. Other Winmark stores include Play It Again Sports, Once Upon a Child, Style Encore and Music Go Round.

Chow and Scopacasa live in Dufferin County and had an option to set up in a number of cities but Chow said the decision to open a store in Guelph was easy.

“It made sense for us,” she said. “We’ve been coming to Guelph for years and we really like the vibe here.”