Project runs through August, report to police services board in the fall
Feb 22, 2021 2:45 PM By: Richard Vivian 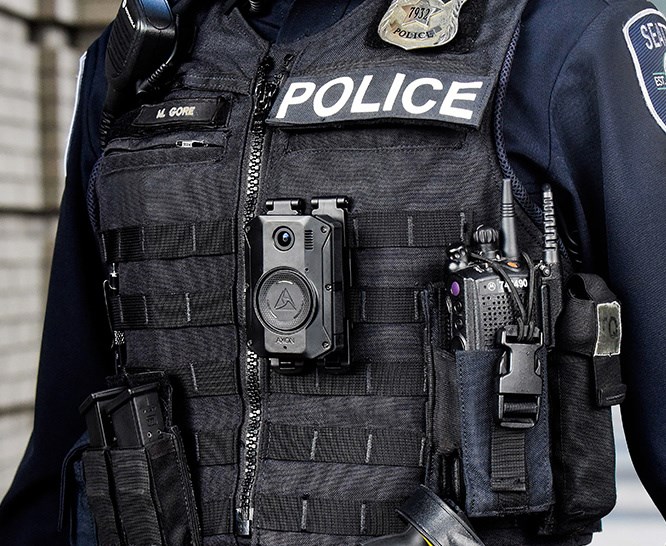 A pilot project that has some Guelph police officers sporting body-worn cameras is nearly halfway done and Sgt. Dustan Howe, the project’s operational lead, is “eager” to learn if it’s having enough impact to warrant making the cameras permanent.

“We’re just processing through the pilot right now, sort of riding the wave,” he said. “I am eager to see the results.”

The project launched on Sept. 1 and is slated to run through August, giving it a full year trial.

It involves 25 officers who wear cameras on a randomized schedule. They are to turn the devices on when interacting with the public, unless in a setting where heightened privacy is expected, such as a medical facility or place of worship, Howe explained.

“Somebody’s privacy rights outweigh the need for them to be recorded … unless exigent circumstances exist,” he said.

Participating officers hail mostly from the traffic unit and High Enforcement Action Team, Howe continued, noting they were selected because they typically “lay a lot of charges.” Some routine patrol officers are also taking part.

“One of the objectives of the body-worn cameras is to study how camera footage impacts court procedures and court proceedings to see if matters proceed through court more quickly,” he said. “I don’t know for sure if (footage) has been used in trials, but I know (local Crown prosecutors) had it and they’ve reviewed every minute of it they’ve received from us.”

Officers wear the cameras during some shifts but not others. This, Howe noted, is so comparisons can be made between the impact on charges laid at times when the camera is rolling and times when it’s not.

Once the pilot project wraps up, professor Alana Saulnier of Lakehead University will review the data collected and prepare a draft report. A final report is expected to be presented to the police services board in late fall, at which time discussions will begin about whether to make the cameras a permanent part of policing in Guelph.

Saulnier was brought on to do the analysis courtesy of a $25,000 Partnership Engage Grant from the Social Sciences and Humanities Research Council of Canada.

Though he has no idea what findings the pilot project will produce, Howe said he’s unaware of any complaints or general feedback from the public. Officers, however, have said they’re “pleased” with it.

“They feel like the cameras capture them in the execution of their duties and they feel like the evidence that they capture for certain offences is much more accurate because it’s captured in real time and it’s not disputable,” Howe said, adding camera footage also “protects them from vexatious complaints.”

So far there haven’t been any technical issues with the cameras, he added.

“Officers have adjusted to them, the public has adjusted to them, our partner agencies that leverage the footage in court proceedings and elsewhere have accepted it and are using it,” Howe said. “I would say things are going as well as can be.”