Police HQ renovations 'at risk' of going over budget

The $34.1 million renovation has gone almost a year over its scheduled timeline while running into 'unexpected site conditions,' says a city report
0
Dec 2, 2019 1:40 PM By: Tony Saxon 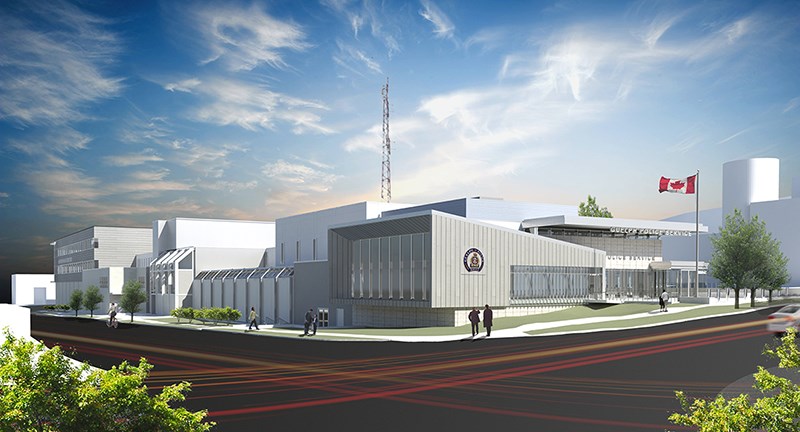 For the first time the city is saying that the renovations to the Guelph Police Service Headquarters may go over budget.

Every update to date, both to city council and to the Guelph Police Service Board, has stated the project is still within the $34.1-million budget, and it still is. But that might change, warns a capital project update report issued by the city Friday.

The project is expected to be finished in the spring, a year later than originally scheduled and four years after construction began.

An update on the city’s major capital projects, including the police headquarters renovation, states that the project “could exceed the budget.”

“The project is currently within the approved budget, however there remains a risk that the project could exceed the budget due to the extent of unexpected conditions that have been part of renovating an aged building,” the staff report says.

“Staff are diligently working to mitigate costs where possible and appropriate while ensuring the expected outcome for the Guelph Police Service is provided. The overall completion date for the Guelph Police Service headquarters renovation is the end of Q2 2020. The revised completion date is a result of unexpected site conditions that were experienced.”

"The available project budget has not been exceeded but is approaching 100% committed.  Any potential budget overrun estimates would be speculative and cannot be confirmed," Antti Vilkko, the city's General Manager, Facilities Management, told GuelphToday in an email.

The project is 93 per cent completed with 91 per cent of the budget spent so far, says the report.

"The available project budget has not been exceeded but is approaching 100 per cent committed. Any potential budget overrun estimates would be speculative and cannot be confirmed," Vilkko said.

He said the "conditions" putting the budget at risk are related to "demolition within the existing building with the potential to encounter unforeseen conditions."

Asked what steps are being undertaken to mitigate a potential cost overrun, Vilkko said that steps include close monitoring of the project expenses and strictly implementing must have elements when evaluating any additional work."