Proposal would see apartments replace most of Willow Road plaza 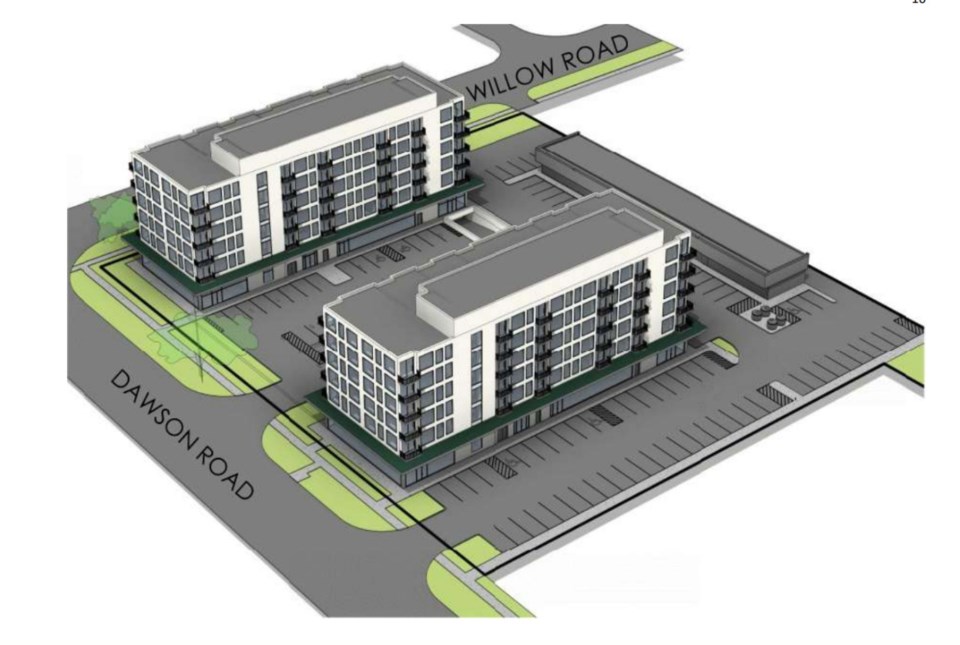 Concept design of two apartments being proposed for the corner of Willow Road and Dawson Road.

A developer wants to flatten most of the plaza at the corner of Willow Road and Dawson Road and build two six-storey apartment buildings.

According to an application filed with the city, the new development would see a total of 130 apartment units on the upper floors and commercial units on the ground floor.

The portion of the plaza facing Dawson Road would remain and house commercial tenants.

The application from a company called Willow Court Ltd. will come to a future planning meeting of city council where a statutory public meeting will be held.

The official address of the property is 45 to 75 Willow Road.

“The focus of this new development will include the removal of the majority of the existing plaza and the construction of two new buildings accommodating ground floor commercial, residential units above and underground parking,” says the application.

“The goal of this development project is to redevelop an underutilized commercial plaza that has suffered from a significant vacancy rate despite significant investment over the last number of years.”

The proposal includes one level of underground parking.