The author of over 50 books, from poetry to novels, she was best known for her children's books
Apr 6, 2020 5:50 PM By: GuelphToday Staff 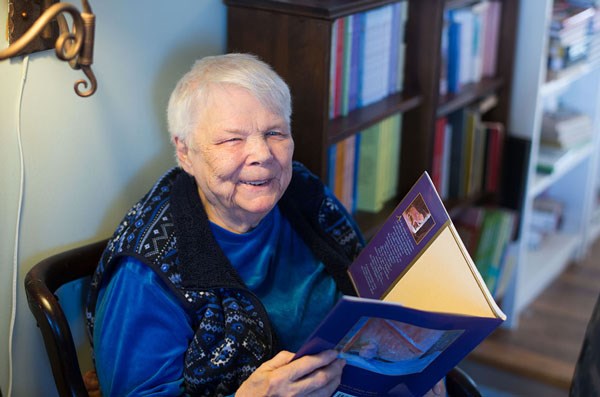 Internationally renowned Guelph author Jean Little, who wrote over 50 books during her career including several revered children's books, has died.

Ms. Little passed away in the early hours of Monday morning at Hospice Wellington. She was 88.

She is best remembered for the many children's books she wrote over the years, beginning in 1962 with Mine For Keeps, the story of a nine-year-old girl named Sally who had cerebral palsy.

Perhaps her best-known work is From Anna, a book published in 1972 about an immigrant girl who comes to Canada just prior to the start of World War II. From Anna sold over 130,000 copies worldwide.

Ms. Little was born in 1932 in Taiwan where her doctor parents were missionaries. They returned to Canada in 1939 and settled in Guelph in 1940.

She attended Victory Public School, Guelph CVI high and then graduated from the University of Toronto.

Born with scarred corneas, she was blind and had the help of a guide dog for many years. One of four children, she spent much of her life living with her sister.

She won numerous writing awards throughout her life and was a Member of the Order of Canada.

Jean Little Public School in the city's south end is named in her honour.