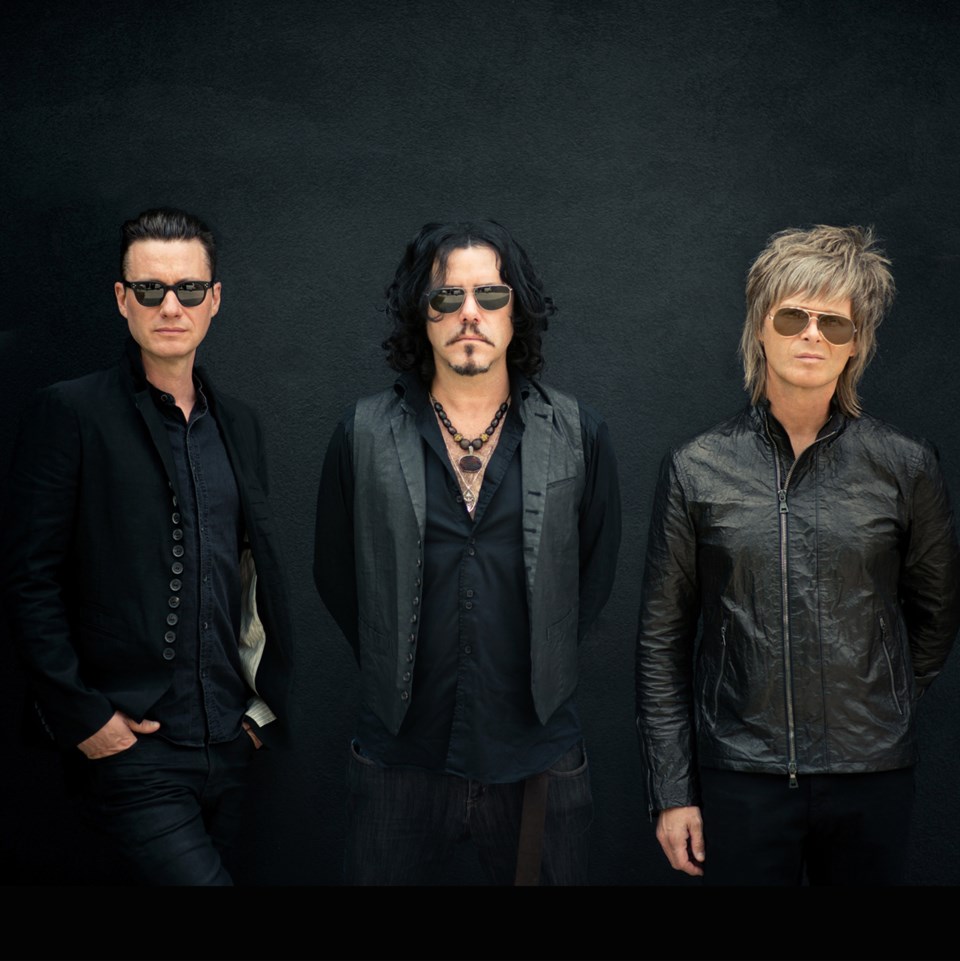 The Tea Party. Photo provided by the River Run Centre.

NEWS RELEASE
RIVER RUN CENTRE
*************************
With a career spanning over twenty years and nine major-label releases, The Tea Party never disappoints when they take the stage with their phenomenal stage presence and impeccable musicianship. Out on their most extensive North American tour in years, the band makes a stop at River Run Centre on Friday, March 29 at 8 p.m. The Main Stage performance is presented as part of the Richardson GMP Music Series.

Known as much for their hit singles as they are their mesmerizing shows, fans can look forward to hearing songs like Temptation, Heaven Coming Down, Fire in my Heart, and Sister Awake at the show at on March 29. Black River, The Tea Party’s latest single was released in Nov. 2018 and lives up to the band’s reputation for impeccable artistry and layering rich sound textures—just a taste of what is to come when Jeff Martin, Jeff Burrows, and Stuart Chatwood release another album in 2019.

The Tea Party brings with them opening act, The Proud Sons, a five-piece band from Winnipeg. Their sound salutes decades of musical history, with signature harmonies from '60s, '70s rock sound, and lyrics about heartbreak that pull inspiration from R&B and country.

Tickets for The Tea Party are $55 for adults, $53 for seniors and students. $20 uGO tickets are available to university and college students with valid ID. $5 eyeGO tickets are available to high school students with valid ID. Tickets can be purchased at the River Run Centre box office, 35 Woolwich St. in Guelph, by calling 519-763-3000, or online.

Presented by River Run Centre, The Tea Party is part of the Richardson GMP Music Series. River Run Centre is funded in part by the Government of Canada and gratefully acknowledges our 2018-2019 season sponsor, The Co-operators.