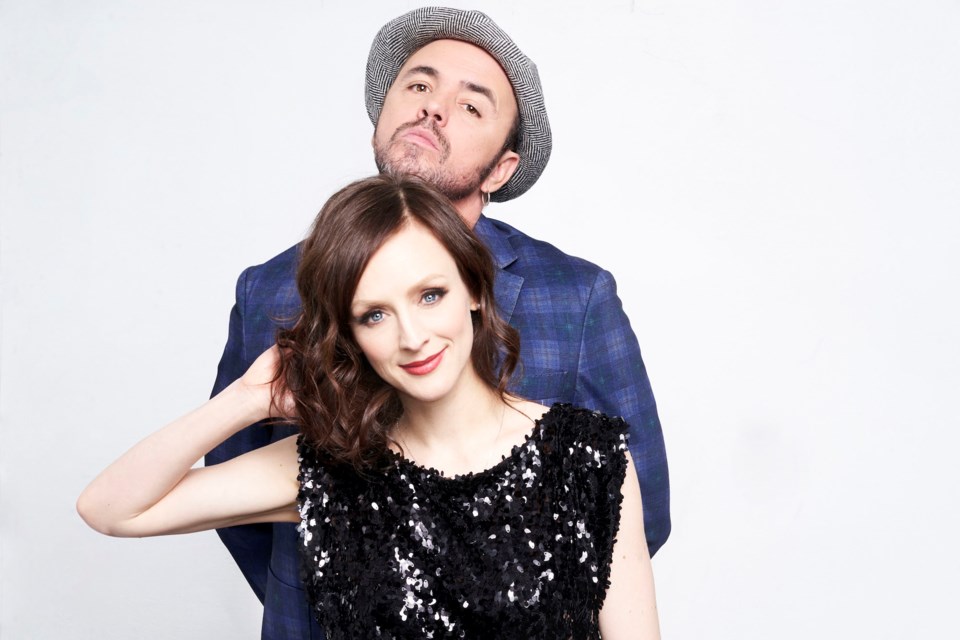 NEWS RELEASE
CITY OF GUELPH
****************************
Two of the finest voices in Canadian music promise a moving performance during A Musical Evening with Sarah Slean and Hawksley Workman at River Run Centre on Sunday, March 1, at 7 p.m. The Main Stage show is presented as part of the Guelph Infiniti Music Series.

Slean and Workman will perform songs from their respective musical repertoires, as well as selections from their recently released EP, which includes the song Wound You, a collaboration by the duo. Expect an evening filled with unforgettable music, storytelling and soaring voices as Slean and Workman showcase their extraordinary talents.

“One of the most compelling acts Canada has to offer,” Time Magazine says of Slean. “A staple in the Canadian music industry for over 20 years,“ CBC says of Workman.

Workman is a two-time Juno-winning singer, songwriter and multi-instrumentalist. He boasts a catalogue of 16 recordings showcasing his signature blend of show-stopping vocals and anthemic folk. Workman’s extensive touring career has seen him perform more than 1,000 shows around the world, including headlining the prestigious Massey Hall in Toronto and The Olympia in Paris.

Tickets to see A Musical Evening with Sarah Slean and Hawksley Workman cost $49 for adults, $47 for seniors and $39 for those under 30. Tickets can be purchased at River Run Centre box office, 35 Woolwich St. in Guelph, by calling 519-763-3000, or online.

A Musical Evening with Sarah Slean and Hawksley Workman is presented by River Run Centre as part of the Guelph Infiniti Music Series. River Run Centre is funded in part by the Government of Canada and gratefully acknowledges 2019-2020 season sponsor Richardson GMP.