Saturday protest 'overwhelming' on many levels for organizer

Kayla 'Kween' Gerber said she is trying to work with those members of the BIPOC community who feel their voices were not heard at the event
Jun 8, 2020 1:30 PM By: Tony Saxon 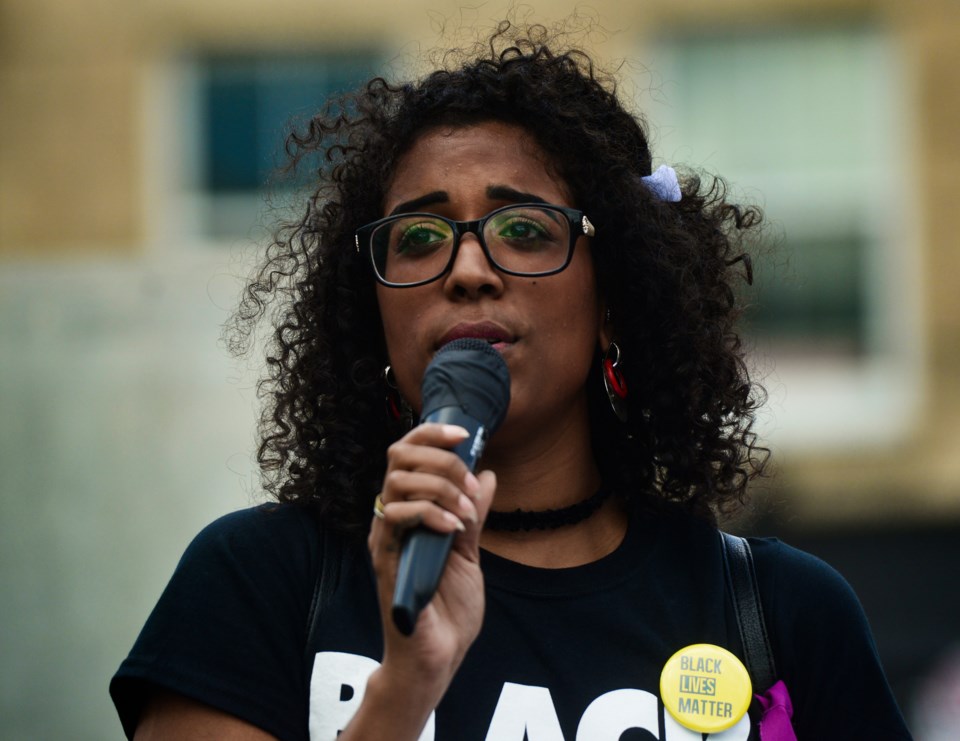 The main organizer for Saturday’s Guelph Solidarity Protest to Support Black Lives Matter in Guelph was ‘overwhelmed’ by the experience.

But Kayla ‘Kween’ Gerber realizes not all members of the Black community were pleased with the event, which drew thousands to Downtown Guelph, and is trying to work with those people.

Some feel the event did not truly represent the Black Lives Matter movement, that there was a lack of demands and transparency. Gerber, a member of the Guelph Black Heritage Society who was part of the organizing committee and emceed the event, said she recognizes those concerns and is trying to address them.

“The last two days I’ve been trying to work on reaching out to community members of our BIPOC (Black, Indigenous, people of colour) community that felt that their voice was not heard on Saturday and I definitely want to make sure that I recognize that for them and give them space to speak or feel heard.”

Gerber said she hopes people reach out to express their concerns and dialogue about the event.

“I’d say 90 per cent of the community was happy, but I do want to address the 10 per cent and acknowledge their feelings … try and be better and create policies so that we can move forward.”

Relatively speaking, the event came off without issue.

Social distancing was difficult at times, but almost everyone in attendance was wearing a mask.

Gerber said there were a couple of “white supremacists” that infiltrated the march, but they were quickly identified and removed from the parade.

There were a guesstimated 5,000 people at the event.

Now it’s important to build on that energy and create action in the city.

“We need to see changes. It can’t just be this one protest,” Gerber said. “We have to be continuously heard and seen until action is taken.”

Water, sanitizer and facemasks left over from the parade were donated to various downtown charitable causes.

On Monday morning Guelph Police sent out a news release about someone posing as a member of the force making negative comments on social media about the protest.

Police chief Gord Cobey also issued a statement about the protest, thanking organizers for "bringing our community together to highlight the reality that racism, prejudice and bias exists and that the time for change is now! Their positive leadership established a powerful and peaceful tone for the event."

"The Guelph Police Service looks forward to taking a leadership role in helping Guelph become an example of what is possible when we work together to seek meaningful and lasting change," Cobey's statement read.