Saxon on the Storm: Coaching position in limbo

Jarrod Skalde's success is nice, but it will be next season's GM that makes the call on any future in Guelph
Feb 8, 2016 1:16 PM By: Tony Saxon 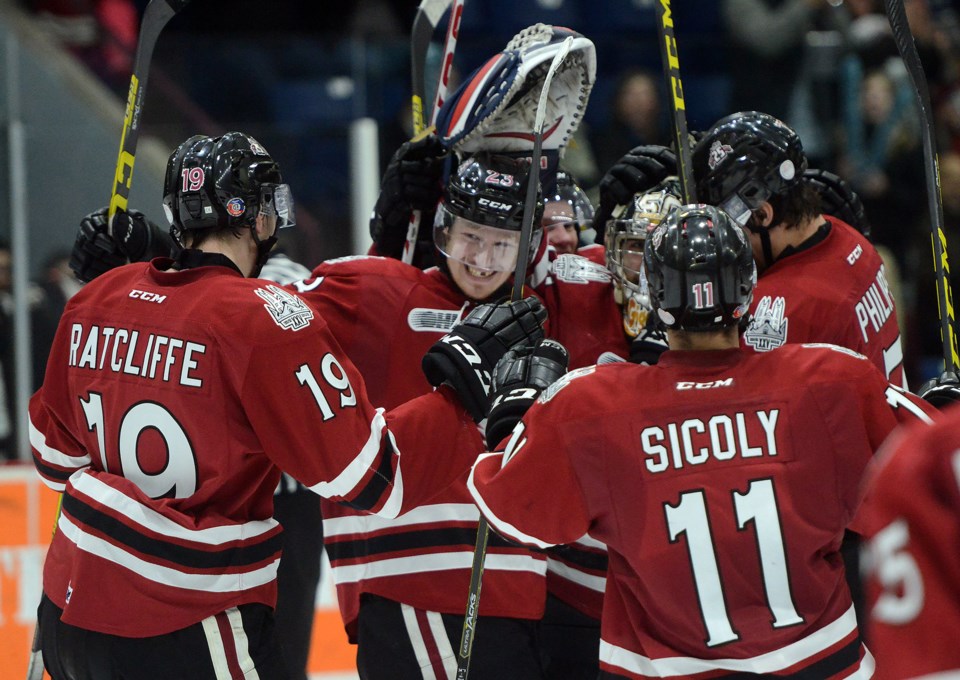 Circumstance, not necessarily accomplishments and ability, have put Jarrod Skalde's future as head coach of the Guelph Storm in a state of limbo.

We can safely assume that Skalde's deal with the Storm was to be head coach for the remainder of the season only. No one has, or will, confirm that. The Storm doesn't talk about contracts. But it makes sense.

It also makes sense that if it were a longer deal, say the typical three years, they would have announced it.

Given that, where do you go with Skalde now?

If the Storm was advertising for a new head coach, he would pretty much be the poster boy: professional experience as a player, coached at several levels, brings an approach that players respond to.

Throw in a half-season audition that has, at least until this point, gone very well, and Skalde's stock should be high.

And it's a mutual love-in right now.

"I've coached for eight-plus years and been in the game for 17 years and this is one of the most enjoyable teams I've been able to coach, watching these guys being able to love the game again," Skalde said recently.

But this is where it gets complicated.

The general manager situation needs to be settled before the coaching situation can be.

While Skalde may have indeed earned a longer contract, it's not up to the team's owners to hire the coach, it's up to the general manager. I'm sure Kelly is thrilled with the job Skalde has done, but if he won't be returning next season, it's not his decision to make.

If there is a new general manager on the horizon, it's his. And it would be highly unlikely any new general manager would want to step into a situation where the team's owners were picking the coach. That would be ... how do we put this nicely ... a bit of a telltale sign of what the future might hold.

And if there's one thing I've learned about junior hockey it is that coaches and general managers all have a long list of people they know and think highly of in the hockey world long before they land in a situation.

And who is to say Skalde even wants to coach junior hockey next season. Until this current gig, his entire seven year coaching career had been in the professional ranks. Maybe an opportunity there opens up that would be more enticing than Guelph.

Or maybe another junior team likes what he has done in Guelph to consider him.

A successful three month stint in Guelph guarantees nothing for Skalde and its all due to circumstances beyond his control.

He may very well be the team's head coach for the next few years. But we don't know who will be making that decision yet.

Tony Saxon's Saxon on the Storm column will appear every Friday