Switzer-Carty took over the transportation of students in Guelph during the last school year
0
Oct 8, 2019 7:30 PM By: Kenneth Armstrong 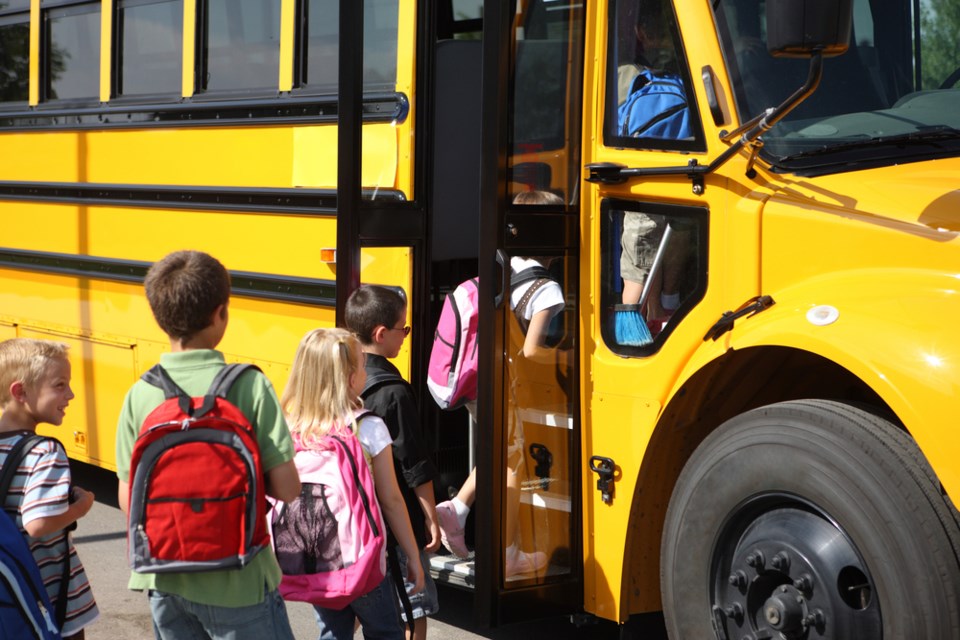 A few weeks after school bus delays affected students in the public and Catholic school boards, a spokesperson for the company providing school bus service in Guelph says those issues have been ironed out.

Staffing issues experienced early in the school year have been brought under control, said Rich Bagdonas, director of business and organizational development at Switzer-Carty Transportation — the only home-to-school transportation provider for the public and Catholic school boards in Guelph.

“It was a little bit tighter for drivers because we had some people who didn’t come back the first week of school,” said Bagdonas of the school bus driver shortage that occurred in the first two weeks of school in September.

“Right now — knock on wood — we are doing really good,” he added.

The delays on some routes were resolved through collaborative efforts between the Transportation Consortium and school bus operators, said Tamara Nugent, director of education with the Wellington Catholic District School Board.

We are especially grateful for the patience of our community as we worked through both an immediate and longer-term solution to ensure the safe and timely transport of our students,” said Nugent.

Heather Loney, Communications and Community Engagement Officer with the Upper Grand District School Board, also said improvements have been made to the bus delays experienced by some earlier in the school year.

“Additional drivers continue to be trained and brought into the system,” said Loney.

Switzer-Carty took over the transportation of students in Guelph during the last school year, after winning a procurement process for the service brought on by the provincial government.

The company was founded in 2011 and also provides busing in Hamilton and Burlington. Bagdonas said many of the executive team employees came from another student transportation company.

“We are a smaller privately-owned Canadian company,” he said of Switzer-Carty. “We have been slowly growing our business.”

Bagdonas said the company made every reasonable effort to rehire the drivers who were formerly employed by the previous company that provided the service.

“We offered jobs to every single driver in Guelph that was working for the existing company, as long as they passed certain criteria,” he said.

Some attrition, as well as some holidays, were the cause of the shortage in early September, he said.

“After our first year, we now have things somewhat under control after the first couple of weeks,” said Bagdonas.

A driver hiring bonus and retention program offered by the provincial government has also been helpful, he said.

“It’s great that the province recognizes there is an issue,” said Bagdonas.

Switzer-Carty is currently in the second year of a 10-year contract to provide student transportation services in Guelph.

As the company is new to the community, Bagdonas said it has been important for it to get involved. Switzer-Carty has since partnered with the Guelph Storm, Guelph Royals and was a sponsor of RibFest and the Big Brothers Big Sisters run in Guelph.

“School busing at its root is community-based,” said Bagdonas. “It’s taken us about a year to figure out how to engage locally and we are still doing that.”