On Monday, a total of 33 classrooms in the region were staying home due to possible exposure to positive cases
Apr 8, 2021 12:30 PM By: Kenneth Armstrong 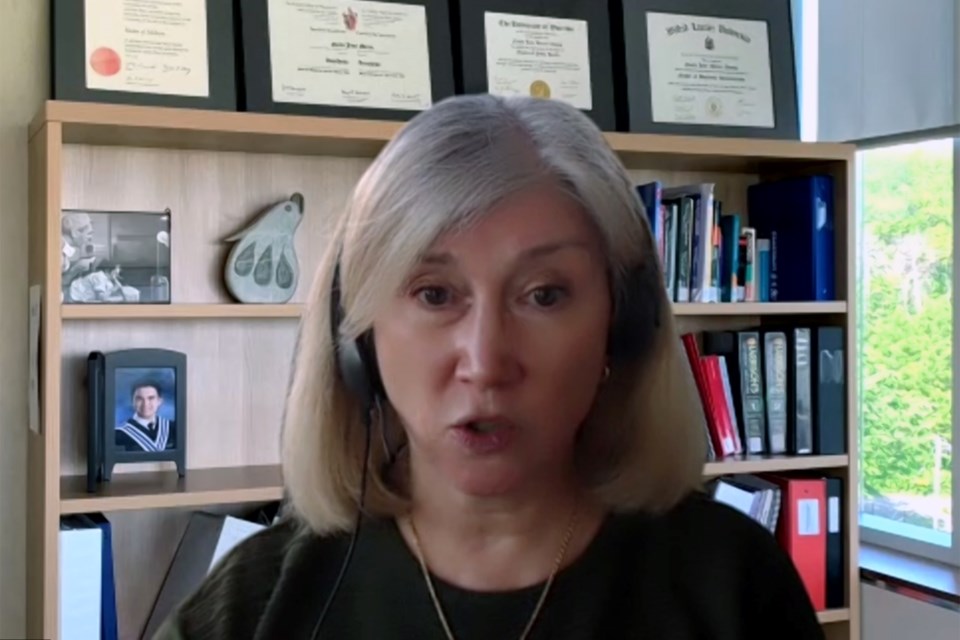 The local medical officer of health says a lot of factors that came together quickly necessitated the snap decision to close area schools and that she understands the frustration of parents.

During Wednesday’s meeting of the Wellington-Dufferin-Guelph Public Health board, Mercer said the process of determining whether the schools should close began on Thursday of last week.

“I noticed we had a significant number of cases, so I continued to follow that over the course of the weekend. What I could see happening was something that we hadn’t seen in the previous waves,” said Mercer.

In just a few days, 300 new cases were reported in the region and the percentage of positive cases in school-age children had increased by three times in the same amount of time.

The rate of these changes was significant, said Mercer, and unlike anything seen in previous waves.

On Monday, a total of 33 classrooms in the region were staying home due to possible exposure to positive cases.

“We had closed more classrooms in only one day last week than we had throughout the entire pandemic in a single day,” said Mercer. “That is a lot of children affecting a lot of schools.”

On Monday evening WDG Public Health met with all of the local directors of education.

Mercer said the directors told her they were seeing the same trends and having trouble keeping the schools open.

“They were having so many teachers and so many cohorts being sent home that at some point in time they were actually having to close classes anyway because they didn’t have the teachers and they couldn’t get replacement teachers,” said Mercer.

Many supply teachers will not want to enter a school that has been affected by COVID, said Mercer.

“Predominantly because teachers are not vaccinated right now and it’s a risk to them and their families,” she said.

On Wednesday the Ontario government announced it would begin allowing special education educators to be vaccinated, as well as education workers in high-risk neighbourhoods in Toronto and Peel.

Locally, a decision was made on Monday to issue an order under Section 22 of the Health Protection and Promotion Act to close schools in the region effective Wednesday.

“The directors of education knew it was coming and they were well aware of it and given permission to tweet and talk about it on Monday evening in order to give parents as much notice as we could so they were prepared for Wednesday,” said Mercer.

Ordering the closure for Tuesday would not have been fair to parents, she said.

“Overall we felt it was better to operationalize this on a Wednesday, similar to what the Toronto District School Board has done in closing their schools on a Wednesday,” said Mercer.

Schools in Wellington-Dufferin-Guelph, Peel Region and Toronto are closed by Section 22 orders, as are some schools in northern Ontario.

Mercer said if the province were to decide to close schools in the province she has no authority to overturn that decision.

“Sometimes people beg me to open the schools when the minister has closed the schools and I do not have that legislative authority. I cannot undo things that have been done by the province, rightfully so,” she said.