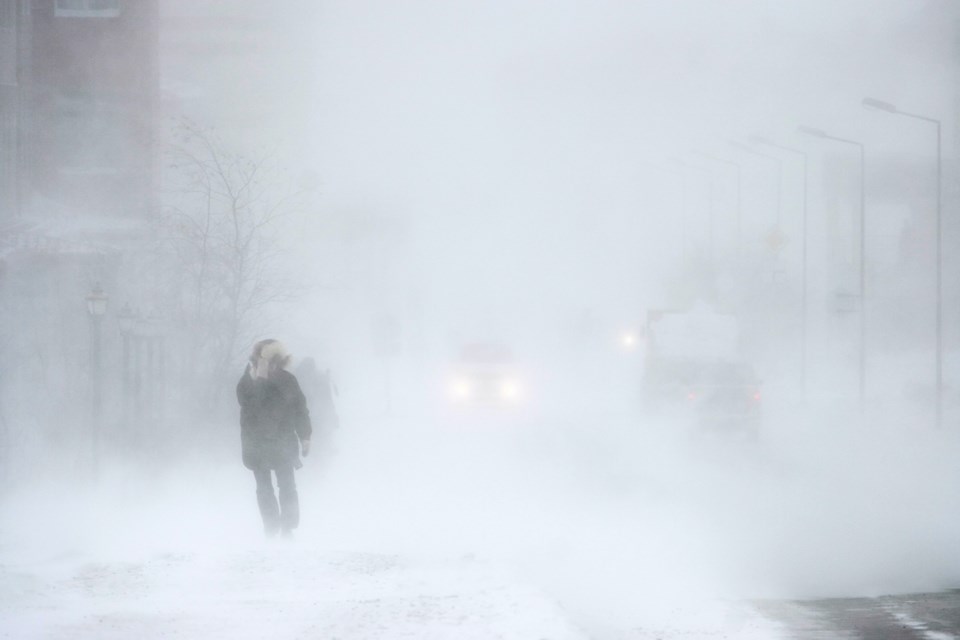 Precipitation is expected to begin Monday morning as rain or snow and change quickly to snow Monday afternoon. Snowfall amounts of 10 to 20 cm are possible by Tuesday morning.

Precipitation associated with this low pressure system is expected to move east of the area by Wednesday night.