Sleeman Centre naming rights up for renewal in June 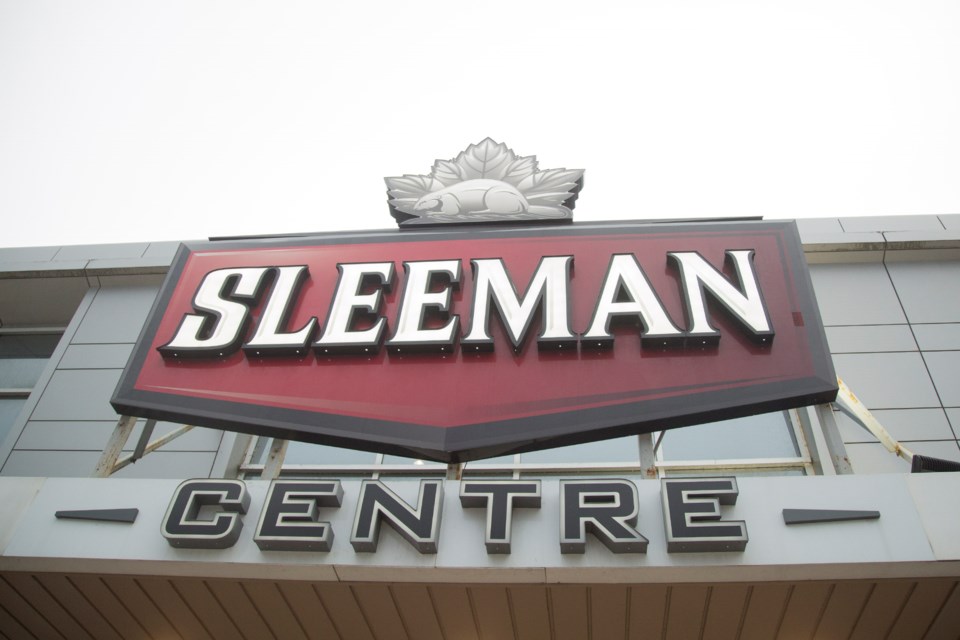 The Sleeman Centre could potentially have a new name later this year.

The naming rights to the rink are up for renewal in June as the original 12-year agreement with Sleeman Breweries is set to expire.

In 2007 Sleeman agreed to pay $1.2 million over 12 years for the naming rights to the building, which until then was called the Guelph Sports and Entertainment Centre.

Danna Evans, the city’s manager of culture, tourism and community investment, said originally the naming rights agreement was intended to coincide with the agreement the Guelph Storm has with the city, but the Storm renegotiated that agreement was renegotiated in 2016.

“It’s an active contract and conversation, so there’s not a whole lot I can say, out of respect to Sleeman,” said Evans.

“There are renewal clauses within the current agreement,” she said. “It’s essentially a first right of refusal.”

The actual dollar amounts are outlined in the contract but she wasn’t at liberty to disclose those.

The deal ends in June as it was designed to allign with the Guelph Storm season.

Naming rights for arenas that have Ontario Hockey League teams as their prime tenants vary.

Not all are made public, but the $100,000 currently being paid by Sleeman would certainly be at the lower end of those that are public, many of which were recently negotiated.

Here’s a look at some of the OHL arenas where the current naming rights agreements were made public in news reports and city documents.

It should be noted that not in all cases does all the revenue go to the city owning the rink as some rinks have independent operators and some naming rights include more than just the arena within a complex.

Some of the deals were also signed several years ago, others recently.

In at least one case, Sarnia, the team gets some of the naming rights revenue.

There can also be other perks in a contract, such as exclusive brand rights of products sold in a rink.

As well, some deals are not public, including London’s Budweiser Gardens, believed to be the most lucrative of all naming rights deals:

COVID cases confirmed at two Guelph schools
Sep 29, 2020 8:51 PM
Comments
We welcome your feedback and encourage you to share your thoughts. We ask that you be respectful of others and their points of view, refrain from personal attacks and stay on topic. To learn about our commenting policies and how we moderate, please read our Community Guidelines.