Smoke from US wildfires causing hazy skies in Guelph 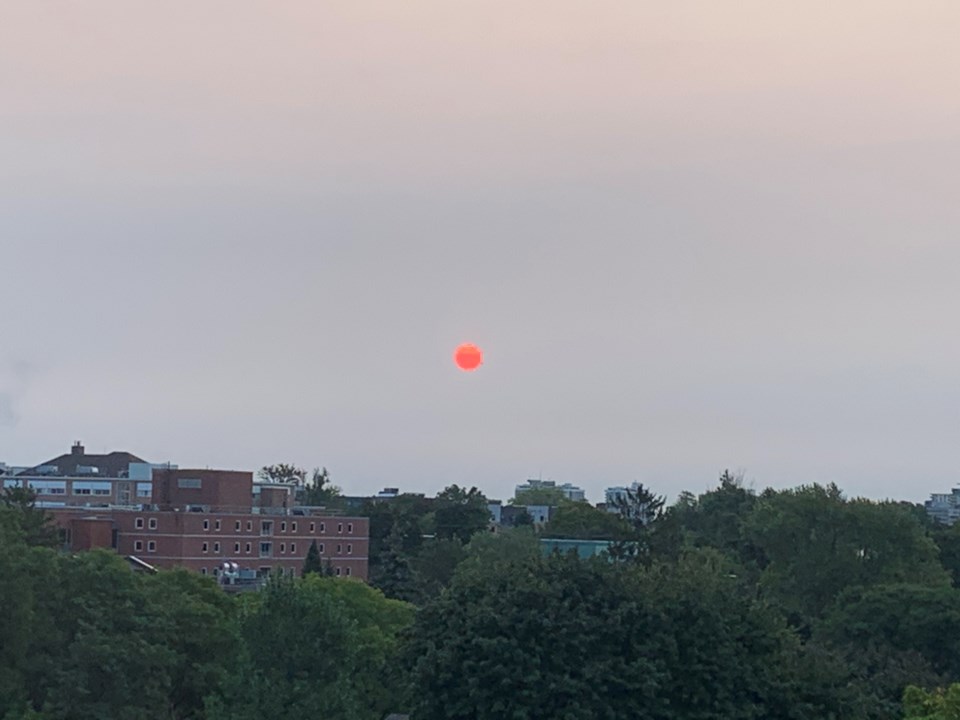 An early morning sky over Kitchener. Residents across Southern Ontario have been reporting hazy skies which are a direct result of wildfires in the United States. Ariel Deutschmann/GuelphToday

As the American West Coast faces severe wildfires in three states, its impact can be seen in Guelph, over 3,000 km away.

Residents in Guelph and many other cities in Southern Ontario have been observing hazy skies since yesterday. Environment Canada confirmed Tuesday that the hazy skies are a direct result of smoke transported from the fires in Washington and Oregon.

Hazy skies from the wildfires have also been observed in southern Quebec and the Maritime provinces. Vancouver's air quality has severely been impacted causing the province to open many clean air spaces for residents.

Peter Kimbell, meteorologist with Environment Canada said because the smoke is at a high altitude, there is no impact on individuals’ health in Guelph.

“We should not expect it to affect our air quality because the distance it takes to travel all that way from Oregon to Ontario, a lot of the smokey part may have fallen out of the sky,” said Kimbell.

On Tuesday, the air quality health index for Guelph remains at 2, also classified as low risk.

Current wildfires spreading through the West Coast have nearly burned 5 million acres of dry forest land and killed over 27 people. It has also drastically affected air quality for local residents.

Kimbell said situations when residents see hazy skies from remnants of forest fires far away are not new. In the past, wildfires in northern Quebec have propagated smoking skies even into the surface into Nova Scotia.

"Washington and Oregon, its probably a bit new for them because typically we hear them in California, not so much Washington, Oregon so there’s a bit of newness," said Kimbell.

“We may have occasional days of hazy skies persisting for a week or longer,” said Kimbell.