The Boardroom will close Aug. 29 and then open as Snakes & Ladders in November following renovations
Aug 27, 2019 11:30 AM By: GuelphToday Staff 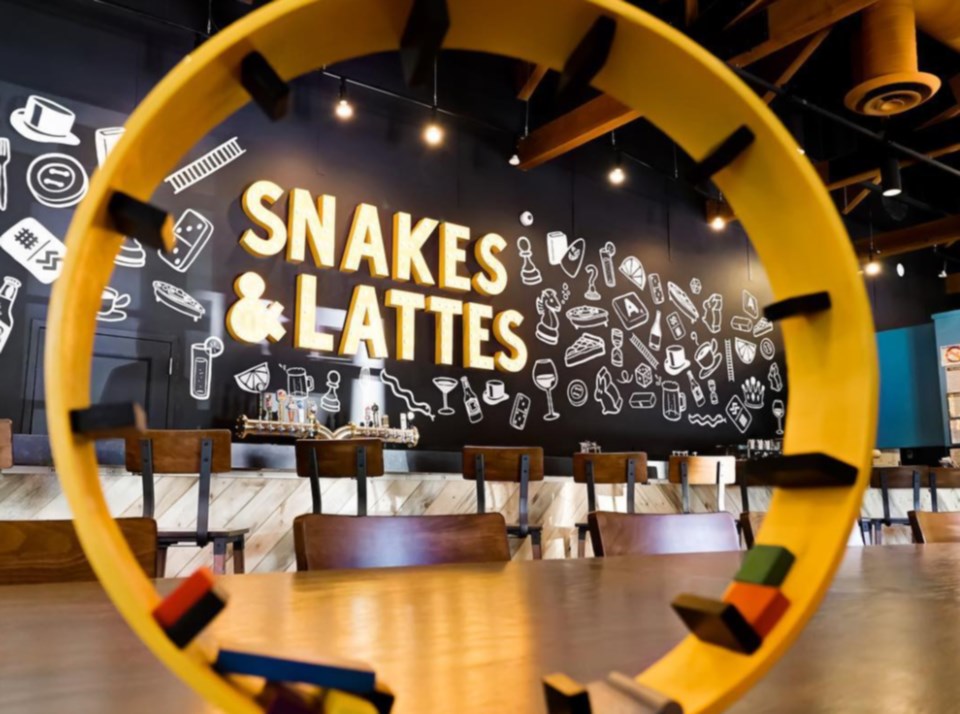 Toronto-based Snakes & Lattes, which calls itself "Canada’s original board game cafe," is taking over The Boardoom on Wyndham Street.

The two announced this week that they "have reached an arrangement to transition The Boardroom’s operations to Snakes & Lattes over the next few months."

The Boardoom officially ends its three-year run in Downtown Guelph on Thursday, Aug. 29, and the location will be closed until November for renovations.

“After searching throughout the summer, we are thrilled to have found the perfect partner to take over our cafe,” said The Boardroom’s CEO, Mark MacKinnon, in a press release.

“Snakes and Lattes is the ‘gold standard’ for board game cafes worldwide, and is the all-in-one model to which we have always strived. It’s a bit like working with your idol! We know that the community space we started will continue under Snakes & Lattes, and look forward to their expansion into our amazing city.”

Snakes & Lattes founder and President, Ben Castanie, will make an appearance at The Boardroom’s final day of operations on Thursday.

Snakes & Lattes operates four tabletop gaming bars and cafes, three in Toronto and one in Arizona.

"Snakes & Lattes Inc. was the first board game bar and cafe in North America, and is believed to be the largest in the world and have the largest circulating public library of board games in North America for customers to choose from. Snakes & Lattes Inc. currently has a 100-plus member staff and recently acquired the exclusive distribution rights throughout Canada for some of the most popular board games in the world," says the news release.

"The company also operates a lucrative fulfillment and distribution division and has recently entered into the board game publishing business which is expected to add significant revenues to the bottom line."