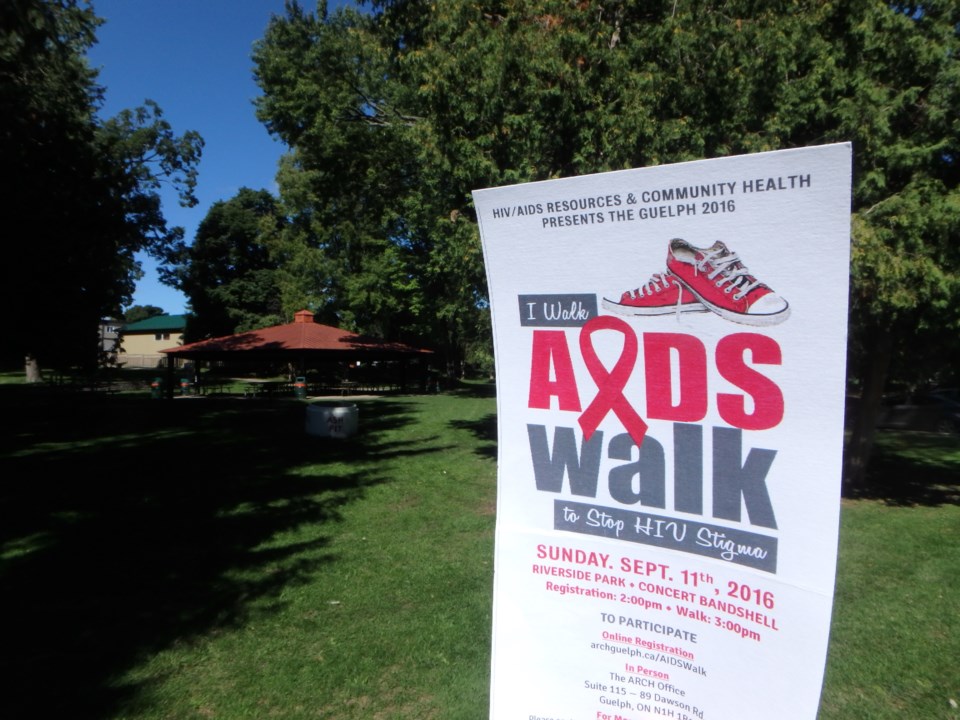 A couple of decades ago, HIV/AIDS was at the forefront of global collective consciousness – a deadly disease that sparked widespread panic, frantic awareness campaigns, and a massive funding push to find a cure.

That heightened awareness lasted for a few years, but the disease has since fallen off the radar, save for on special occasions when those who fight to keep it in the forefront go public.

The annual AIDS Walk in Guelph is one such occasion.

As the trepidation over the disease faded, misinformation and complacency have settled in, said Tom Hammond, executive director of ARCH (HIV/AIDS Resources and Community Health).

ARCH organizes the annual AIDS Walk, which is being held on Sunday, Sept. 11 in Riverside Park. The fundraising walk starts at 3 p.m. and begins at the concert band shell. Registration is at 2 p.m.

The walk is dedicated to the elimination of the stigma surrounding HIV/AIDS, stigma that is difficult to shake, but which contributes to relatively high infection rates. In the Guelph area, ARCH supports just over 450 people living with the disease, and 120 who are currently at risk for HIV.

“Stigma is one of the main factors that continues to perpetuate HIV transmission,” Hammond said.

He said HIV has been around for over 30 years, but the stigma lingers, and people still don’t want to talk about it, nor be in anyway associated with it.

Hammond stressed in an interview that contrary to popular misinformation there is no cure for AIDS. The disease still makes people very sick, despite significant advances in antiretroviral medication that prevent the growth of the virus in the body and reduce its spread.

“People become complacent,” he said. “There have been so many improvements in antiretroviral treatment that people think there is a cure. And there isn’t a cure.”

ARCH has seen an increase in the number of HIV/AIDS patients over the years, and those patients are living longer due to improvements in treatment. Their health care needs are changing, and they are experiencing more simultaneous chronic diseases as they age.

Hammond said the majority of the Canadian population remains unaware of how HIV is transmitted or even what HIV is.

“People just believe it is a disease that will kill you and that it is associated with certain marginalized communities, such as men who have sex with men,” he said. He also noted that there are segments of society that simply do not care about the well-being of those who contract the virus.

“The walk is for everyone — everyone is welcome to come out,” Hammond added. “And obviously it is in support of the work we do here in the community. A lot of our programs are underfunded, so any proceeds we do raise go to programs and services that directly affect people with HIV and AIDS.”

The disease gets attention about once a year, during AIDS Awareness Week, he added.

“We’re doing this work all year round,” he said. “But it’s not the issue that people care about.”

Registration can be done online or in person at the ARCH office, suite 115, 89 Dawson Road.