This week, Vin shares insights from a dear and feisty friend as well as his own discoveries about this and that
Vin Greco
Mar 10, 2018 10:00 AM

I’ve just returned from a swing down to southern Ontario, where I was able to participate in two wine Trade Tastings, one for Ontario and the other for Australia.

When I returned home, I found in the mail a package from a dear and feisty California friend, Margie Peterson, who, in her 90’s has not lost a neuron. Margie regularly enclosed clippings and news from the Sonoma wine country.

What follows will blend some of the interesting information that I picked up with some notes on wines in our stores and on the upcoming March 17 Vintages release.

Dan Berger, writing on “Wine Trends” in December in the Santa Rosa Press Democrat, made note of Sauvignon Blanc, Riesling, and Rosé as being on the rise there. In this case, Ontario is well ahead of that trend, as we see Sauvignon Blancs from all over the world on our shelves, and our own industry consistently produces world class Rieslings.

Currently, New Zealand’s Nobilo Sauvignon Blanc 2017, is on the regular shelves for just $13.95, a saving of $3 until April 1. It has an expressive classic nose of passionfruit and grapefruit which leads on to zippy flavours which reinforce the impressions created by the aromas. It all finishes with lingering lemon-lime acidity. This wine can easily compete with other far more expensive examples.

Napa’s Robert Mondavi Reserve Fumé Blanc 2013, $59.95, from the renowned To-Kalon vineyard, takes the grape to a whole new level. Those flavours associated with New Zealand’s output barely make an impact, as we are introduced to a mouth-filling rich and round wine. Subtle, smooth and integrated, there are notes of lemon, smoke, and herb. Great care was taken in assembling grapes from different parcels, and then vinifying the wine in oak (32 per cent new), which was then left on its lees that were hand-stirred over 9 months. A smidgen of Semillon softens the mouth-feel. 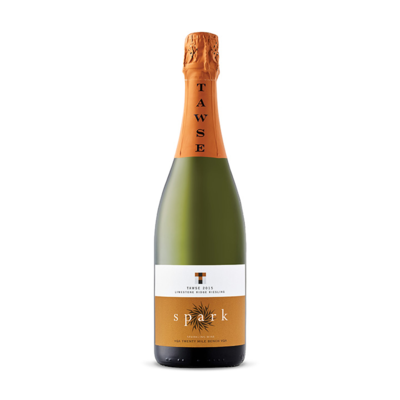 Tawse Limestone Ridge Spark Riesling 2015, $20.95
With Riesling, Flat Rock Cellars 2016, $17.95, currently in Vintages, is very tasty and displays lifted apple/pear fruit leading to a lime-tinged conclusion. For something a little unusual, there is Tawse Limestone Ridge Spark Riesling 2015, $20.95, a wine with a vibrant prickly mousse that will really set up your palate for the food to follow. This sparkler would pair well with shellfish and other seafood.

As for Rosés, they are definitely on the rise, and our shelves are populated year-round  with good examples.  Spring and summer, of course, see the greatest action in this category as the releases from the previous vintage arrive. We will take a good look at them in the coming months.

Another “trend” Berger identified is the resurgence of Merlot, which took a hit because of the movie, “Sideways” which celebrated Pinot Noir at merlot’s expense.  Berger explains that current examples from that region have more balance, moderate alcohol, and lower tannins than typical Cabernet Sauvignon wines.

In stores from the last Vintages release is Niagara’s Featherstone Redtail Merlot 2016, $21.95.  The name is a nod to the hawk the winery “employs” to discourage birds that might feed on the grapes.  Combining ripe blueberry and red cherry flavours with light spice, this will serve well with rare-roasted beef.

On the March 17 release, is Stratus Vineyard’s Wildass Merlot 2016, $18.95.  Vintages comments on its concentration and depth, acknowledging “dark and red fruit, smoke, chocolate and a low-toned earthy note”.  It will work well with anything from pizza to lamb, says the Panel.

Compare this with California’s Ironstone Merlot 2015 from Lodi, $17.95.  This should be a more “sensual” wine than the Wildass, with a promise of dark cherry fruit and chocolate/coffee undertones. 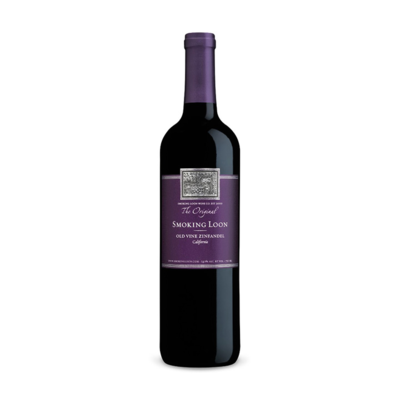 At the Winter Trade Tasting 2018 in Toronto for Australian Wines, the seminar touched on sustainable wine practices.  The general headings were Organics and Biodynamics, Water management, and Alternative Varieties.

Organics and biodynamics are growing around the world, and water management is becoming an increasingly important consideration, as my last article on South Africa illustrated.

I was interested – and a bit bemused – by the glimpse at Alternative Varieties.  Mark Davidson, representing Wine Australia, commented on how originally, the grapes planted - Chardonnay, Syrah, (Shiraz) and Cabernet Sauvignon - basically reflected the most popular varietals in France at the time of the original plantings.  Today, a number of wineries, especially in the McLaren Vale, are starting to search out other varietals that might be better suited for a drier more Mediterranean climate such as the one that constitutes much of Australian wine country.

Currently what they are turning to seems to be Italian varietals such as Vermentino, Dolcetto, and Nero d’Avola, and Spanish wine grapes like Tempranillo and Graciano.  If the wines we tasted in the seminar are typical of what is happening, they are carrying a relatively heavy price tag, generally.

For example, the Brash Higgins McLaren Vale Nero d’Avola 2016 has a price in Canada of $45.95.  Winemaker Brad Hickey is using clay amphorae.  He also had to graft over vines from Shiraz to Nero, all of this impacting on cost.  I found the wine good, but tannic.

More to the point, currently, is that here in Ontario, we have regular access to dozens of affordable “alternative varietals” right from their ancestral homes in Italy and Spain, Greece and Portugal, as well as France.  Australia will have to find ways to be competitive if it hopes to market these wines as something more than curiosities.

Nevertheless, on the next Vintages release, there are two affordable Australian wines with Italian antecedents available.

Coriole Sangiovese /Shiraz 2016, $17.95 took gold at Australia’s Alternative Varietals show. While Vintages calls it “juicy with red-currant, cherry, plum dark chocolate and licorice”, winealign.com says “it’s not a blend with a lot of precedence” and that it “layers spice upon spice and spikes cherries with pepper.”  This really is a unique approach.  You will have to see what you think.

At Taste Ontario, there was the opportunity to try many very fine wines. I was pleasantly surprised by the Chateau des Charmes Barrel Fermented Chardonnay 2016, $14.95.  Many of our chardonnays at this price will be processed in stainless steel, with the profile reflecting apple-like fruit and crisp acidity, but this one could hail from California with its full tropical fruit and clear oak treatment.  It may not be to everyone’s taste, but I think it is hard to find another example as rich tasting for this kind of money.

Now that the grocery stores are carrying the product of several wineries, I picked up a couple of syrah-based Ontario wines at the Wine Rack in our local Metro.

The Konzelmann 2015 Shiraz, $14.95, is fairly light in body, but has ample cherry-like fruit and some fuzzy tannins on the finish.  It is easy drinking and would certainly go well with sausage or roast chicken. The Creekside 2016 Syrah, $15.95, is more deeply coloured and flavoured, with plum and dark cherry, spice and herb, perhaps mint.  This wine could easily be mistaken for the product of southern France, and would really pair well with grilled lamb chops.

At Taste Ontario, I tried Creekside’s Iconoclast Syrah 2015, $24.95.  This is quite dry, with emphatic flavours and a slightly bitter finish. I found the less expensive version more approachable and very satisfying.

I really enjoy Baco Noir, the French hybrid that has found a true home in Ontario.  The premier producer has to be Henry of Pelham, with three different bottlings, from the “regular” version at $15.95, through the Old Vines at $19.95, to the Speck Family Reserve at $24.95. The reserve spends 18 months in American oak, and comes out delicious and rich.  Lightly tannic on the finish. Bright red fruit alternates with plum, blackberry and herbs to result in a top-notch wine.

Take a taste trip through the three styles to see which appeals the most. 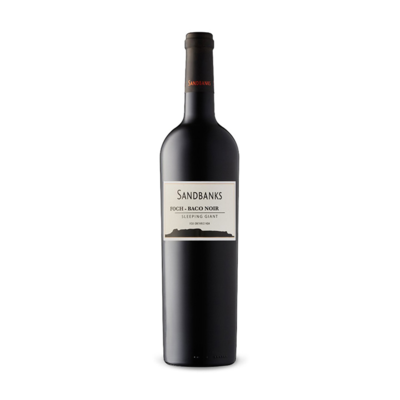 Baco Noir Reserve 2016, $19.95
Sandbanks in Prince Edward County also excels at Baco.  Their Baco Noir Reserve 2016, $19.95, is fruit-forward and tasty.  Their Sleeping Giant Foch-Baco 2016, $19.95, is a blend of Baco and another very good hybrid, Maréchal Foch.  The winery originally labelled this “Mouton Noir”, until they received a very nice letter from Mouton Rothschild, explaining that this was infringing on their copyright.  Thus, “sleeping giant” was born, with the image of that island at the extreme opposite end of the Great Lakes gracing the label.  This has bright blackberry and cherry, along with a leathery coffee note.  Very well done.

In addition to the many wines already mentioned as being on this release, there are several more worth trying.

This is a good month for Chardonnays, with Napa’s Franciscan Estate2015, $24.95, leading the way.  This wine has real poise, great creamy texture, and full but measured flavours that go on and on.  I noted vanilla immediately, and then a sense of toast on the finish. The winery speaks of “minerality”, which to me expresses itself in a kind of stony crispness.

Noble Vines Collection 446 Chardonnay 2015, $18.95, from Monterey in California took Double Gold at the Toast of the Coast Wine Competition – vanilla and oak toast, full-bodied fruit, and a whisper of sweetness reined in by smoky oak at the end. -90 winereviewonline.com

Other attractive whites include Alsace’s Pfaff Special 2015, $13.95, a blend of Sylvaner and Pinot Blanc described by Vintages as “bright and fresh with pretty aromatics and peach, pear and citrus fruit notes”. 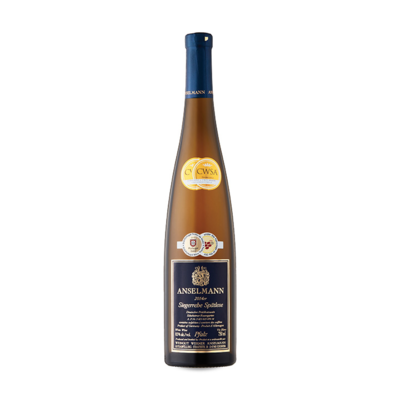 Beyra Vinhos de Altitude Red 2015, $13.95 -  We are often reluctant to try Portuguese reds, made as they are with grapes with which we aren’t familiar.  Be brave.  You are going to find wines of real quality –expect ripe fruit and soft tannins.

La Prua Appassimento 2015, $15.95, from the Veneto, spends 8 months in French oak. Appassimento is the process of drying grapes in ventilated drying lodges (fruttai) over the winter months, and this is what is done, too, for Amarone.

Losing around 30 per cent of their water content, the sugars and flavour compounds in the grapes are concentrated. In addition, acidity decreases while resveratrol and glycerin levels increase, lending balance, richness and a unique ‘glossy’ texture to the wines.

There you go.  Lots to think about, and lots to enjoy.