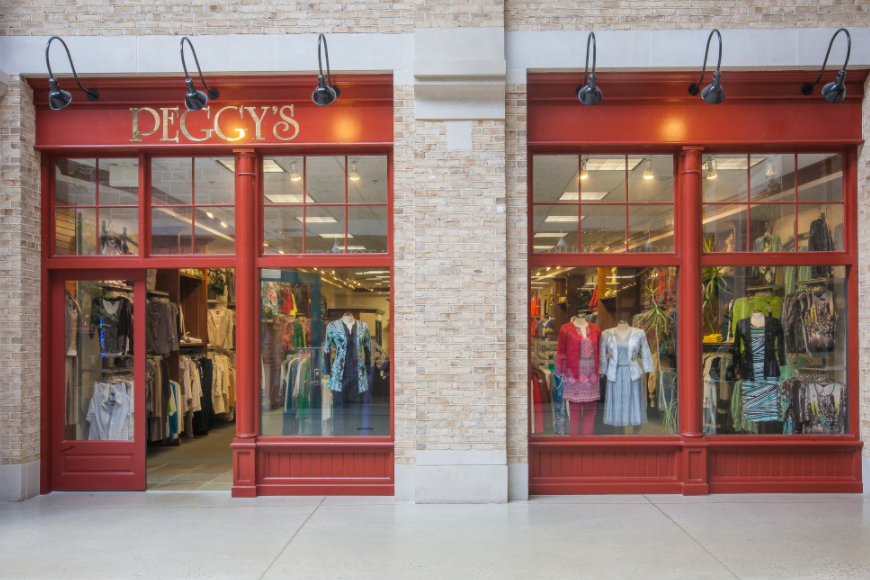 Downtown Guelph may look a little different soon as three long-standing businesses have announced they are closing their stores for good.

Peggy’s Distinctive Ladies Fashion, Coriander and City Pawn Brokers will be shutting their doors after September. All three retailers have been operating in Guelph for around 20 years or more.

For Peggy’s, it has spent over 52 years in Guelph and 30 years at the Old Quebec Street Mall. October would have been its 53rd year in business.

“It’s just the end of an era in town.” says Jodie Reid, the regional manager of Peggy’s about the closure.

“We’re like an anchor tenant, even though we’re a little store. We’re like the face of Old Quebec Street Mall!”

Reid says Peggy’s has been seeing a decline in foot traffic for over the past five years, but she doesn't think COVID-19 helped their situation either.

“It’s been okay, but it’s been a lot of extra work. “ says Reid about implementing safety protocols, “For the last three months, we’ve only been open Mondays to Thursdays from 11 a.m. till 4 p.m.”

“Our customer is 40 and up ... most of my clientelle, don't want to come out. They're still scared of everything."

While Peggy's might have know they were going to see a closure, some businesses weren't as lucky. Staff at Coriander's were notified after a decision was made to close the Guelph location.

“I’ve enjoyed every year I’ve worked for them. Coriander is a great place to work and the owner, Sarah, is a lovely person to work with.” says Penny.

Although Peggy's and Coriander's are both ladies fashion stores, Reid says the staff at Peggy’s were sad to hear about one of their competitors closing as well.

“We don’t like to see any of our other local businesses go out of business.” says Reid.

When it comes to City Pawn Brokers, the pandemic and less foot traffic may have only been a coincidence for their annoucement. Its reason for closing is that the current owner is retiring.

Even if they will no longer be in Guelph, each business will continue to operate different locations across the province.

For Reid, she says she is only going to be ‘semi-retired’ and will operate behind the scenes at the Milton and Oakville locations for Peggy’s.

“Peggy (the founder) passed away eight years ago, but she would’ve been proud of us getting this far.” says Reid.

As for Coriander, their two stores in Collingwood will remain open. City Pawn Brokers will continue to operate its store in Kitchener.