'Twas the week before Christmas

A few tips and suggestions to help you through last-minute holiday spirits acquisitions
Vin Greco
Dec 16, 2017 10:33 AM

‘Twas The Week Before Christmas…

And all through the Mall, the shoppers are scurrying to add to the haul…

Well, you get the idea; that is, unless you have actually run out of ideas, and still have gifts to find for people on your lists.  In that case, if they are of age and enjoy a glass or two, there are always options at every level of the gift scale still available at our LCBO and other retailers, such as the Wine Rack stores, and now, even some supermarkets.

As a gift, wine certainly has the advantage over other possibilities, especially clothing that the recipient might hate to wear, or other things they have no need for.  At least with wine and spirits, as consumables, getting two or more of the same thing is a problem easily remedied, as long as you have a corkscrew and a glass.

This week I browsed the shelves, and noted that there are still lots of respectable choices in every price range.  Here are some that you might find appealing.

Anselmi San Vincenzo 2016, $16.95, has again made the Wine Spectator’s “Top 100 Values” – a blend of 70% Garganega, the main grape of Soave, it also includes Chardonnay and Sauvignon Blanc for nuance and flavour. “Lightly creamy, with a fresh basil note leading to pink grapefruit sorbet, peach skin and stone flavors.”” WS – 88.

Chile’s Concha y Toro Marqués de Casa Concha Chardonnay 2015, $19.95, had a score of 94 in the South American Wine Publication, Descorchados –“Profound, lush, and acidity that cuts through the ripe flavours.”

Two German Rieslings may appeal.  Dr. Loosen Blue Slate Riesling 2016, $22.95 has 44 grams of sugar per litre, and so is medium to sweet. Vintages references peach and lime along with a mineral note. 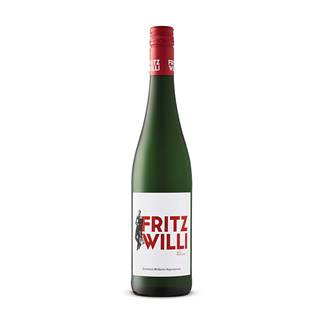 Fritz Willi Friedrich Wilhelm Gymnasium Feinherb 2015, $20.95
With 22 grams per litre of sugar, the Fritz Willi Friedrich Wilhelm Gymnasium Feinherb 2015, $20.95, is still medium sweet, but “gorgeously sunny, with forward scents of guava and white peach and plump in flavors of apricot and tangerine. Approachable and easy, yet irresistibly charming,” says the Wine Enthusiast -90. The term ‘Feinherb’ which could be translated as “Goldilocks” is used for wines that aren’t too dry, aren’t too sweet… just the way the girl would have liked them, I think.

Most sparkling wines are white, and while we usually associate them with celebration, they can often serve just as well as other wines as sippers or with food. 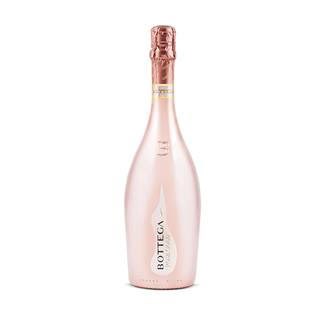 From what I can tell, the contents are not identical.  The “White Gold” is made from Pinot Nero, as is the Rose Gold; the latter, however, from the descriptors which emphasize red berry fruit, is likely a sparkling rosé. The range is relatively dry, with sugar in the 10 to 13 grams per litre range.

If someone you know craves sweet, then look to the same company’s Petalo Il Vino Dell’ Amore Moscato, $13.95, with a heady 157 grams of sugar per litre. This is close to double the sugar in the well-known Martini & Rossi Asti ($14.45), and so, be sure the recipients have a very sweet tooth.

Another very good Prosecco is made by Ruffino, more generally known for its Chianti. Until month’s end it is $2 off at $14.70.  Its 20g/l of sugar makes it just slightly off-dry, but it rounds out the fruity impression, emphasizing more peach-like flavours than just citrus.

Another decent choice is Oyster Bay Brut Sparkling Cuvée. $21.95 from New Zealand. The company’s Sauvignon Blanc is a popular Vintages Essential, and this Chardonnay-based wine, made in the “Charmat” method, received a 91 from Natalie MacLean for its persistent flavours and mousse, as well as its crisp finish.

For a sparkling wine made in the traditional method of Champagne which involves a second fermentation right in the bottle, the Jackson-Triggs Entourage Grand Reserve Brut, $29.95 from Niagara is exceptional.  Available at both the LCBO and at Wine Rack stores, this blend of Chardonnay and Pinot Noir is aged 3 years in the bottle prior to “dégorgement” to maximize flavour, substance, and aromas.  There is toast on the nose, the palate is creamy, the bubbles are perfectly persistent, and a light lemon note carries through on the crisp finish.

If you want to give the “real McCoy” from France, then Veuve Clicquot may suit admirably.  It is available in three levels of sweetness, from Brut (11g/l.) $72.85, through Demi-sec (40g/l.)$79.20, to Rich (60g/l.) $87.55. Historically, Champagne used to be much sweeter, and was enjoyed by the Czars. Madame Clicquot was the first to get a shipload of Champagne through the blockades to Russia in 1811.  Wines recovered from a shipwreck off Finland that dated to the first part of the 19th century were found to still be drinkable, and are said to contain 150 grams of sugar per litre –not unlike the Il Vino dell’ Amore Moscato mentioned above.

Bonterra Cabernet Sauvignon, an organic wine from California, made #47 on the Wine Enthusiast’s “Enthusiast Top 100 of 2017” for the 2014 edition.  Though it may be the 2015 you will find, this ”Vintages Essential” is currently $2 off at $19.95 until the end of the month. It is a “superbly balanced wine. It smells like black cherries and tastes like raspberries and blueberries, accented by toasted baguette, cinnamon and fresh cedar notes.” – 92.

Kim Crawford Pinot Noir 2016, $20.95, from New Zealand is impressively smooth and satisfying. Mid-weight, it has beautiful plummy fruit and is a pleasure to drink.

Syrah, associated with France’s Rhone region, is relatively uncommon in Ontario, but Niagara’s Creekside has two on the shelves currently.  “The regular” version is $15.95, both at the LCBO and at the 28 Wine Rack stores that have been integrated into Supermarkets. It is medium-bodied with dark berry fruit and spicy pepper notes.

The Iconoclast Syrah 2014 rings in at $24.95, with a 91 from Rick Van Sickle who emphasizes meaty dark fruit and herb and pepper notes.  Calling it a classic Syrah, he suggests it will age beautifully as the tannins resolve.  This is a wine for grilled steak. 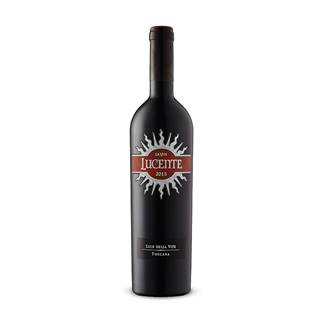 Stag’s Leap Cabernet Sauvignon 2014, is currently $5 off at $50.95.  Other wines in this iconic Napa Valley winery’s portfolio range in price from $80 to over $300, and in the States it tends to retail at $50 U.S. The Wine Advocate writes “deep, dense purple-colored, with notes of creosote, earth, forest floor and plenty of cassis fruit, this wine is rich, medium-bodied, and ideal for drinking over the next 10-15 years.” – 90.

Chateauneuf-du-Pape, the most important wine from the southern Rhone, can range in price from about $40 to several hundred dollars a bottle. Chateau de Beaucastel, owned by the Perrin family, is always highly regarded. The 2015, $89.95, is “sweet, expansive and energetic on the palate, offering intense raspberry, spicecake and lavender flavors and a subtle touch of smoke,”   according to writer Josh Raynolds - 93-95. 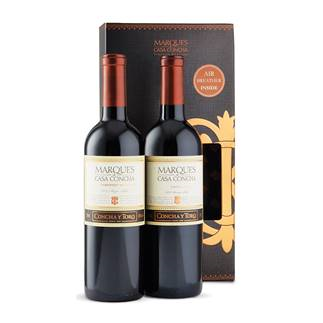 Exclusive to the Wine Rack stores are the Inniskillin Discovery Series East-West wines, blends of production from both B.C. and Ontario.  Both the Merlot-Cabernet and the Cabernet – Shiraz are currently $2 off at $15.95.  The former impresses with good complexity and integration of darker fruit (berry, plum) and smooth, earthy and mocha notes.  The latter has that pepper element which is often associated with cooler climate Syrah, and its blackberry/black cherry fruit is offset by vanilla spice and even the suggestion of cocoa.

Good luck with your shopping, and have a very Merry Christmas!