U of G prof’s book looks at effects of marijuana 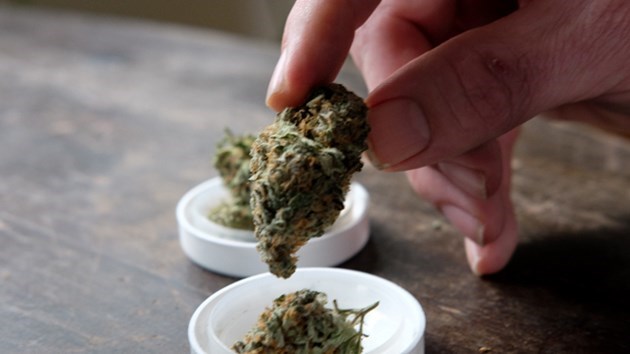 *************************
As the Canadian government prepares to introduce new marijuana legislation, almost 130,000 Canadians have already registered to use medical marijuana to treat a variety of conditions, including pain, nausea, epilepsy and multiple sclerosis.

And it’s not a new phenomenon: medical marijuana use dates back more than 4,000 years.

Linda Parker’s new book, Cannabinoids and the Brain (MIT Press, 2017), reviews scientific evidence of the effects of cannabinoids (chemical compounds found in cannabis) on the brain and behaviour, with a focus on potential therapeutic applications.

“Although there is considerable anecdotal evidence that cannabinoids are therapeutic for several conditions, the question is, is there good evidence for the use of cannabinoids in treating these different disorders?” says Parker, a University of Guelph psychology professor and Canada Research Chair in Behavioural Neuroscience.

Delta-9-Tetrahydrocannabinol (THC) is the main active ingredient in marijuana, acting on cannabinoid receptors throughout the brain and the body.

“When these receptors were discovered in the brain in 1988, it became clear to researchers that the brain must produce chemicals that act on them, as THC does,” says Parker.

In her new book, she describes how these cannabinoid neurotransmitters, called endocannabinoids, were discovered and how they act to play a protective role in brain functioning.

The marijuana plant contains more than 100 types of cannabinoids, but only THC is psychoactive (produces a high). In addition to THC, considerable research has revealed that cannabinol (CBD), also found in cannabis, has therapeutic potential in treating pain, nausea, depression and, most recently, a form of childhood epilepsy called Dravet’s syndrome.

“Dravet’s syndrome is devastating to the lives of children suffering from multiple epileptic seizures, and research is revealing that CBD can control the seizures in these children without having an intoxicating effect, like THC,” says Parker. Several other cannabinoids are currently being studied for their potential therapeutic benefits.

“The key to maximizing the therapeutic effects and minimizing the side effects of medical marijuana is to discover the best ratio of cannabinoids found in the plant,” she adds.

“Different strains are bred for different ratios of these two cannabinoids in particular, but there is a lack of scientific knowledge of which ratios are best for which conditions.” In fact, some research suggests that CBD reduces some of the side effects of THC, such as anxiety and memory problems.

Parker’s lab studies nausea in rats and vomiting in shrews. Although drugs are available to control chemotherapy-induced vomiting in cancer patients, current treatments for nausea are ineffective. Both THC and CBD have been shown to reduce nausea in the rat model, says Parker.

One of her lab’s most promising findings for the treatment of nausea was by postdoc Erin Rock, who discovered that an acid found in the cannabis plant prior to heating is almost 1,000 times more potent than CBD in reducing nausea in rats, but without some of the typical side effects.