U.K. variant now the dominant strain of COVID in region

60 per cent of the current cases in Wellington-Dufferin-Guelph are the B117 variant, said Dr. Nicola Mercer
Apr 7, 2021 8:30 PM By: Kenneth Armstrong 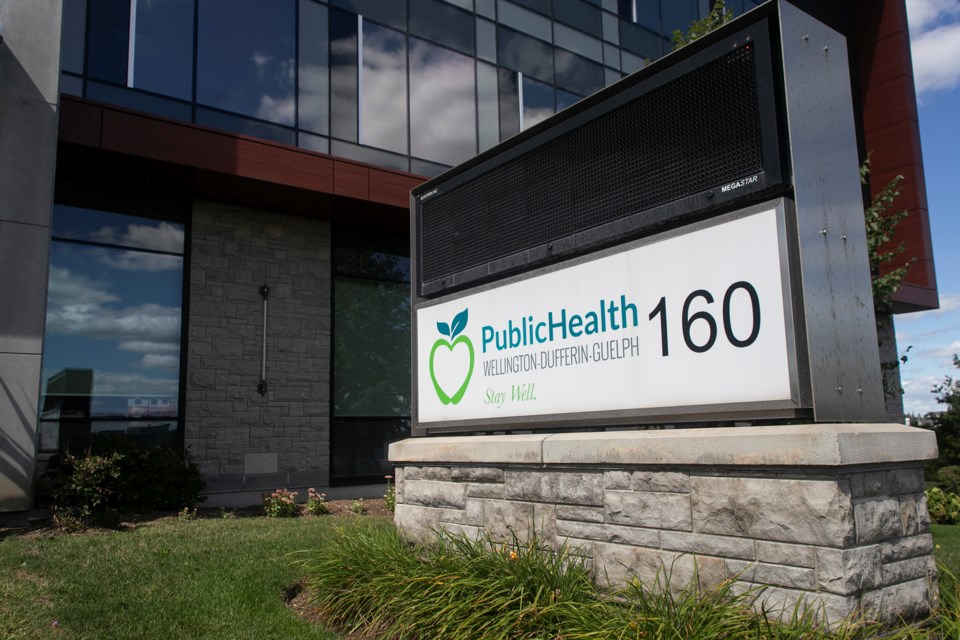 As of Tuesday morning the B117 variant is accounting for 60 per cent of the cases in the region, said Dr. Nicola Mercer, the local medical officer of Health during a board meeting of the Wellington-Dufferin-Guelph Public Health on Wednesday.

“That is the U.K. variant,” said Mercer to the board. “We know that this particular variant is highly infectious and it is driving the predominant amount of cases we are seeing in all parts of Wellington-Guelph.”

Mercer said that percentage could rise if the variant’s growth in other areas with a largely unvaccinated population is any indication.

The arrival of the variant is the cause of a dramatic rise in the number of cases, said Mercer. In previous waves the rise has happened over a much more gradual period, not the sudden rise experienced locally this week.

“In less than seven days we went from fewer than 40 cases per 100,000 to 108 on Wednesday,” said Mercer. “That’s almost three times the seven-day moving average for confirmed cases.”

Test positivity has also tripled in the same period of time and the virus’ reproductive number is currently 1.43, the highest it has been locally since November.

“These are all extremely worrying trends,” said Mercer.

Guelph General Hospital has been impacted by the arrival of the variant both by the number of people now in ICU and the age of those patients.

“The average age at the peak of the second wave for people who were int he ICU was about 70. The average age for people up to this point in the third wave has dropped to 64,” said Mercer. “That is quite a dramatic drop and it could drop even further as we move into this wave.”

People in their 30s, 40s and 50s are now being seen more often in hospitals and ICUs across the province.

“In Toronto we have had children losing their parents — not their grandparents — their parents to COVID. That is something that is really important that we prevent as we try to stop the spread of COVID in our area so we can keep our families healthy and well,” she added.

Mercer said WDG Public Health is trying to get as many vaccines into the local population as fast as it can.

Pfizer, Moderna and AstraZeneca are all effective, even if the person has not yet received both shots, she said.

As the variants change over time Mercer said it is likely that even fully vaccinated people will require a booster at some time in the future.

In April, WDG Public Health is expecting 7,020 doses of the Pfizer vaccine every week and a total of 5,000 doses of Moderna every two weeks.

Currently, 20 per cent of the eligible population in the region has received at least one dose of a vaccine, with a target of 75 per cent by June 2021.