Unfair advantage or fair game? One candidate got the jump putting election signs up overnight.

The local Green Party campaign team's interpretation of the City's Election Sign Bylaw helped them get a few hours head start on putting up election signs
0
Sep 11, 2019 11:08 AM By: Kenneth Armstrong 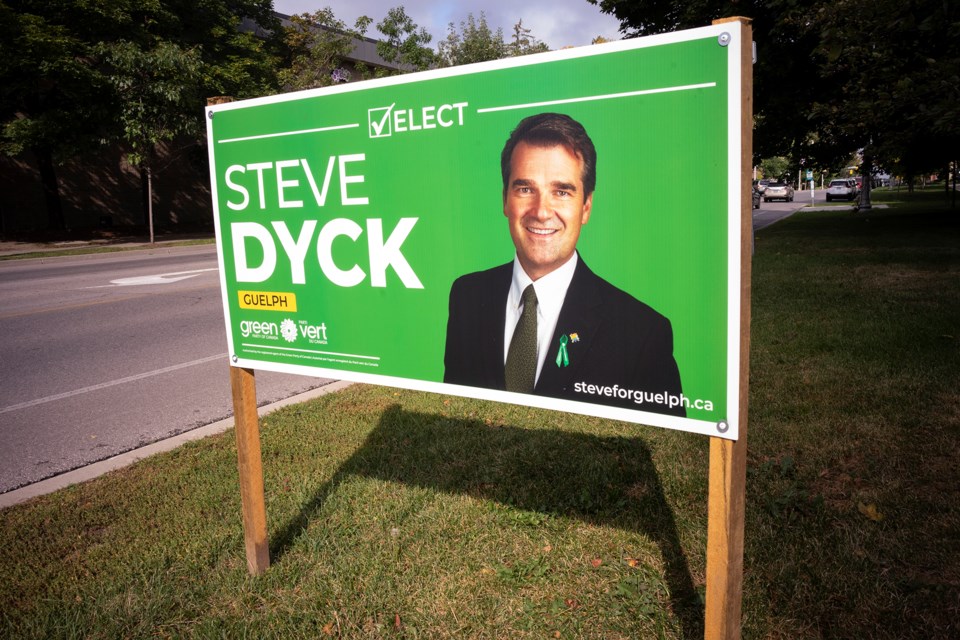 Guelphites woke up Wednesday to about 200 Steve Dyck election signs put up all over town, hours before the election is was officially called. Dyck's campaign manager says she is surprised other local parties didn't do the same. Kenneth Armstrong/GuelphToday

The 2019 federal election had not officially been called before there was controversy in Guelph.

On Wednesday morning, Guelphites woke up to about 200 election signs for Green Party candidate Steve Dyck placed all over town. His campaign team said the signs were allowed to go up after midnight.

“It’s breaking bylaw at the end of the day," said Brent McArthur, campaign manager for incumbent Liberal candidate Lloyd Longfield. "The rules are set up so that elections are fair for everybody."

“It’s given them a little bit of an edge and they are breaking rules by doing that,” said McArthur.

Guthrie later acknowledged he was wrong to question if it was out of bounds for the signs to have been put up overnight.

Reached by email on Wednesday, Guelph's manager of bylaw Dave Wiedrick told GuelphToday that section 7.1 of the Election Sign Bylaw says signs may be put up the day the election is called.

"Therefore, if writ is called as expected today at 10 a.m., then signs could have conceivably gone up at 12:01 a.m. today," said Wiedrick. "If it is not called, then we will be enforcing the bylaw."

As expected, Trudeau did make his walk to Rideau Hall and the election is on.

Having the election signs put out after midnight the day of the election shows the Green Party is prepared for this election, said Brandy Davis, campaign manager for candidate Steve Dyck.

"We didn’t want to break any rules, we wanted to make sure we are ready," said Davis.

She said the campaign team called the bylaw office on Tuesday to ensure their interpretation of the bylaw was correct and that signs could go up after midnight.

“We were actually surprised more campaigns weren’t doing this in Guelph,” said Davis.

That’s what I thought. So #Guelph candidate’s shouldn’t be putting up their signs already, they should wait till the election officially begins. I only see one candidate doing it though locally - can’t wait the 3 hours eh @SteveDyck?