Union not surprised by Hitachi layoffs 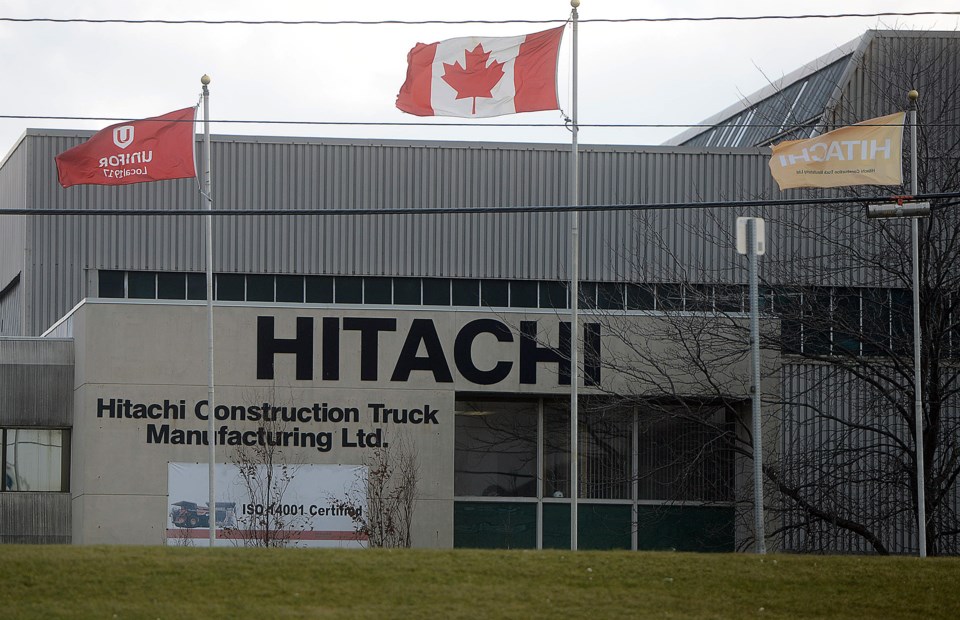 A union representative for workers at the Hitachi Construction Truck Manufacturing plant on Woodlawn Road said they were not surprised by the recent layoff of all hourly employees.

Plant Chairperson Jerry Escott representing members from Unit 42 of UNIFOR Local 1917 said they were prepared for the layoff.

“We were notified 10 weeks ago that there would be a layoff on Dec. 02,” said Escott. “We’ve seen this coming for the last three or four years.”

All of the company’s 129 hourly workers were given layoff notices last Friday.

“I am the only one in here working today helping people sort out their benefits and stuff like that,” said Escott.  “We have people from EI in the plant today helping employees file for employment insurance.”

According to the union contract ratified in Feburary of this year the company has agreed to top up the workers unemployment insurance payments to 95 per cent of their regular income for the approximately 35 weeks they are eligible to collect EI benefits.

“It’s not a real hardship for those guys in the short-term,” said the plant’s chief operating officer Bruce Murray. “In the long term it becomes a little more worrisome.”

Murray said Hitachi plans to recall half of the workers in the new year.  All union employees have recall rights that prevent the company from hiring anyone outside the bargaining unit for seven years.

“Approximately half will be coming back in January, initially,” said Murray. “We are expecting some additional activity that will allow us to bring additional people in.”

Escott said the union has been working with the company to keep people working through the slow times but that could only go on for so long.

“This business goes in cycles,” said Escott.  “We could have had a layoff anytime over the last two years but we worked with the company to keep people working.”

The Guelph plant builds large trucks for the mining industry.

In 2012 Hitachi announced it was making big investments at the plant and forecasted the business would increase by more than double by 2018.

Hitachi lays off entire production staff at Guelph plant
Dec 7, 2016 2:00 PM
Comments
We welcome your feedback and encourage you to share your thoughts. We ask that you be respectful of others and their points of view, refrain from personal attacks and stay on topic. To learn about our commenting policies and how we moderate, please read our Community Guidelines.