'Guelph A Celebration of Life In The Park' event has led to the creation of a Say No To Anti-Maskers-QAnon Guelph event at the same time
Aug 28, 2020 7:00 PM By: GuelphToday Staff 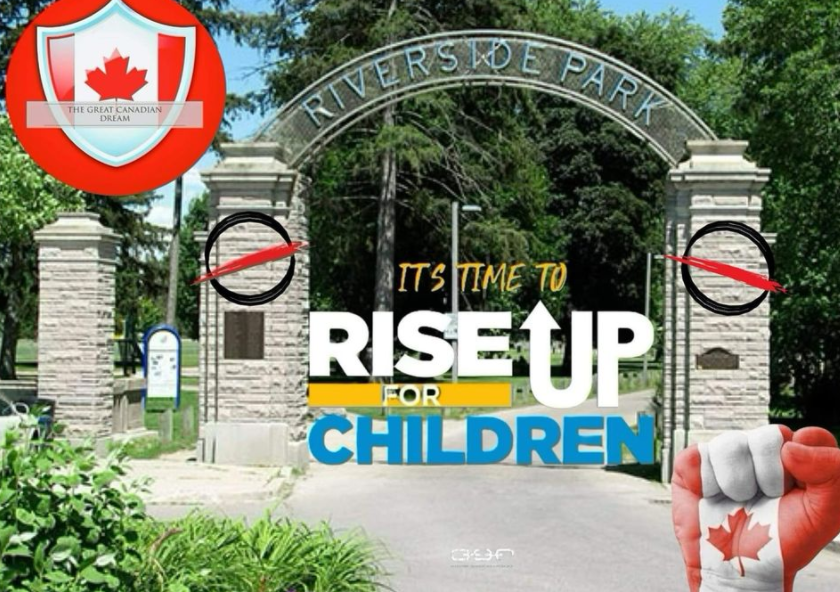 A ‘a celebration of life’ rally being staged against human trafficking and pedophilia, which is also promoting itself as an an anti-mask event, has led to a counter-demonstration being held at the same time.

As of Friday afternoon, 15 people said they would be attending the Guelph A Celebration of Life In The Park event at 1 p.m. Sunday in Riverside Park.

Topics for discussion, according to its Facebook event page include ‘End Human Trafficking’, ‘Stop Pedophilia’ and ‘Save Our Children’, among others.

At the bottom of the list is ‘Hugs Over Masks’ and it advertises there will be 'Truth Speakers.'

Organizers of the Guelph A Celebration of Life event did not respond to a request for more information about the event.

Melody Soares has organized a counter demonstration called Say No To Anti-Maskers-QAnon Guelph.

Soares wants to ensure the main event is actually what the organizers say it is about, ending human trafficking.

She said that although it seems positive on the surface, she has concerns.

“This event is also an anti-mask event. Hugs over masks was way at the bottom of the description of the event so I wanted to talk about he effectiveness of masks as well," Said Soares.

She has also posted on her Facebook page concerns about what she believes might be a connection to the QAnon ideology.

As of Friday afternoon, six people are confirmed for the counter demonstration.

Although the Facebook page for the event says it will be held at the bandshell at Riverside Park, city hall staff have told GuelphToday that the bandshell and bathroom in that part of the park are currently closed to the public for renovations.