What to do with a heritage property on prime land that is falling apart? 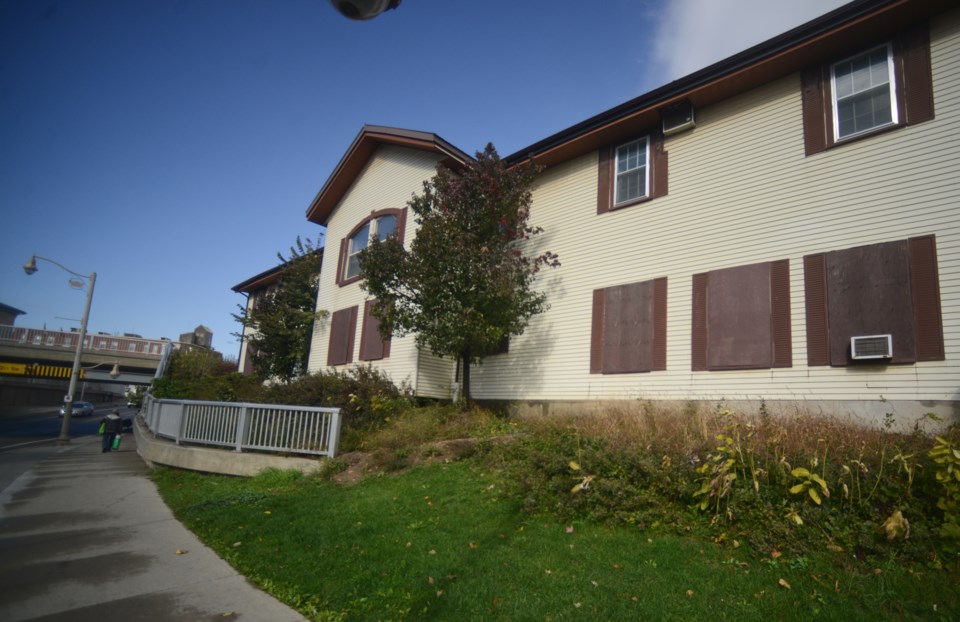 The city has to decide what it wants to do with the building at 72 Farquhar St. Tony Saxon/GuelphToday

It sits on a prime piece of real estate in Downtown Guelph, is a designated heritage building and it’s falling apart.

Now the city has to decide what to do with it and whether it wants to spend an estimated $6 million to $7 million to make it usable again.

The building at 72 Farquhar St. is commonly known as the Drill Hall, for its use and connection with the Guelph Armoury across the road.

Built in 1866, the 8,848 square-foot building survived the wrecker’s ball in 2009 when Metrolinx acquired the parcel of land south of the rail tracks to build the current kiss n’ ride passenger drop off that now sits there.

A cotton mill complex it was part of was removed from the cultural heritage register and demolished at that time, but the Drill Hall was saved.

Metrolinx, a provincial agency, recently transferred the property back to the city, with part of the agreement stating that the city must secure the building from collapsing.

At one point Metrolinx had plans to use the building for office space or perhaps a historic purpose or even ticket sales. Those plans never materialized and now the building, which is significant largely because of its wooden construction, is falling apart.

It will cost about $2 million to stabilize, something the committee is already obligated to do, council heard Monday night as it discussed underutilized and abandoned city properties.

To restore the building to the point it could be used would cost an estimated $4 million to $5 million on top of the $2 million to stabilize it.

Once the stabilization work is complete, the city has to decide what to do with it prior to committing to the further cost of renovation.

Stabilization, said Antti Vilkko, General Manager Facilities Management, will “keep the water out and keeps it from falling down.”

Deputy CAO Kealy Dedman said that because the building only recently came into the city’s possession, it hasn’t had time to figure out what to do with it.

“This is a complex property because of its heritage value,” Dedman said.

Coun. Mike Salisbury, in discussing options, mentioned selling it to the private sector or demolishing a building that is in “dire need.”

Mayor Cam Guthrie said the city has to start “moving” on 72 Farquhar St. and a handful of other “stranded assets.”

“We want to get going on properties like the Drill Hall,” the mayor said. “Let’s get going here.”

Police find crystal meth, crack during arrest
Feb 18, 2020 10:50 AM
Comments
We welcome your feedback and encourage you to share your thoughts on this story. We ask that you be respectful of others and their points of view, refrain from personal attacks and stay on topic. To learn about our commenting policies and how we moderate, please read our Community Guidelines.