Why we're so proud of Bruce and Susan 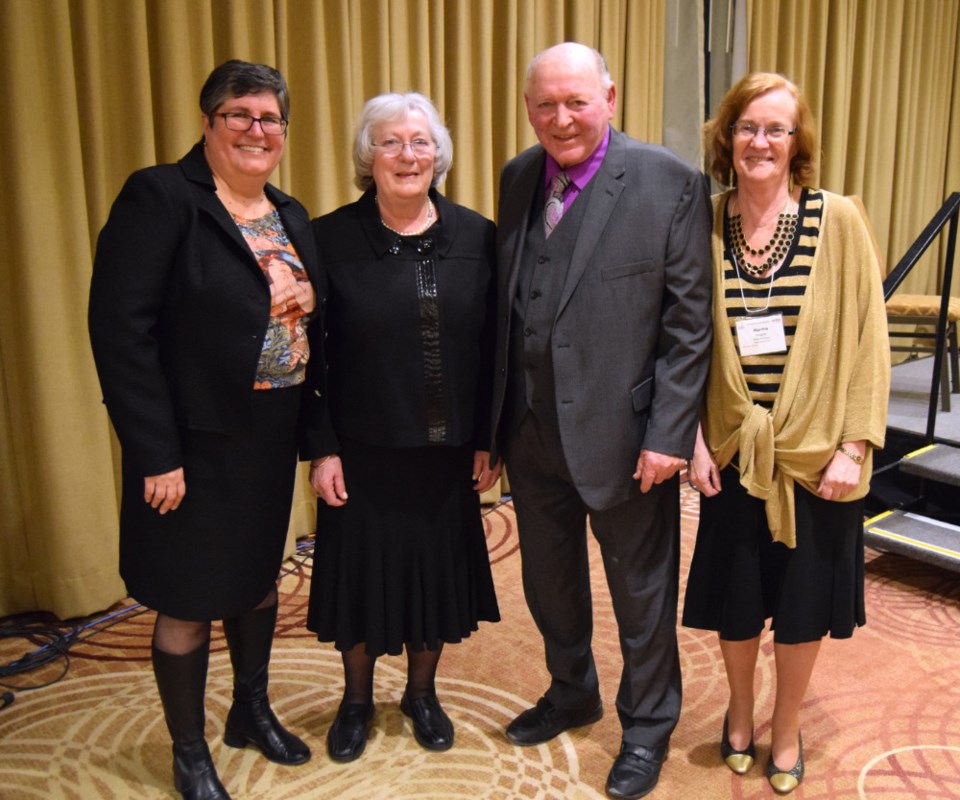 NEWS RELEASE
UPPER GRAND DISTRICT SCHOOL BOARD
*************************
Two Upper Grand District School Board Trustees have been recognized for their dedication to public education. Trustees Bruce Schieck and Susan Moziar are the recipients of the Ontario Public School Boards’ Association (OPSBA) President’s Award. The award honours trustees “who have stood by their vision and selflessly given of themselves to the students and parents of Ontario for more than 25 years.”

Trustees Schieck and Moziar received the award at OPSBA’s annual Public Education Symposium on Jan. 26, 2018. Trustee Schieck and Trustee Moziar have served as trustees since 1991, representing the rural communities of Wellington County and the City of Guelph, respectively. Both have seen first-hand many changes in public education, as well as the political, administrative and cultural amalgamation of the Dufferin and Wellington Boards to the present Upper Grand DSB.

What hasn’t changed, however, is their focus on the learning and well-being of children, youth and adult learners. The President’s Award, formerly called the Dinosaur Club Award, was established in 2001. It honours trustees for their commitment, dedication and selflessness in the pursuit of improving public education.