Wine in the supermarkets

This week, Vin tells us what we can expect to see on the shelves of wine 'boutiques' in grocery stores and what we should look for on those shelves
Vin Greco
Apr 7, 2018 10:00 AM

Beginning late last year, we began to see the introduction of wine sales with “boutiques” set up right in the supermarket aisles.

Up until then, the only shops outside of the LCBO which were allowed to sell wines were those which held ”historic” licences which preceded NAFTA.  Seniors may remember stores such as Brights and Andrés long before our Ontario wine industry really took root with companies such as Inniskillin leading the way.

As those companies underwent various take-overs and transformations, the licences continued to have legal standing. Today, for example Arterra, the company which now operates the Wine Rack stores and owns Inniskillin and Jackson-Triggs, holds 164 of those historic licences. So far, beginning last December, 30 have undergone conversion to ‘in-store’ wine boutiques, with eight more slated to open by May.

The government intends to have 450 stores operating ultimately, and so, along with the stores operated by Arterra, Andrew Peller (Wine Shops which are focused on Peller Estate and Hillebrand wines, primarily) and Colio, there will be other licences granted to qualified applicants. The experienced retailers, of course, will be looking to acquire more licences themselves.

Magnotta also has a number of licences, but it may not be in their interest to convert at this time. Grocery store boutiques may not sell wine in containers which exceed four litres. Considering that Magnotta does very well with large-format eight and 16 litre containers, the company would not want to jeopardize those sales.

The government regulations are clearly tailored to the existing local industry. There is nothing to say that a store could not sell wines made outside Canada; however, for the first three years, a store may only sell the wine produced by a single country. As well, they can only sell wines made by mid-sized and small wineries, with production levels clearly identified.

Finally, a country must, in aggregate, produce less than 150 million litres of wine annually from grapes grown in that country. That, by definition, would pretty well exclude all major foreign wine producers.

Those stores with licenses held by Ontario wine producers as mentioned above are only going to sell Canadian wines; otherwise, they would not be able to sell the wines they produce themselves.

The regulations, at least for the first three years, basically ensure that the only wines eligible will be Canadian.

The grocery stores have certain obligations to the Canadian industry, too. At least 20 per cent of the wines sold in any 12 month period have to be VQA wines- that means their production areas are clearly defined – for example, Niagara-on-the-Lake.  As well 40 per cent of these VQA wines must be manufactured by other wineries. In the case of Wine Rack conversions, for example, they are wines other than those produced by Inniskillin, Jackson-Triggs, or any of their other brands.

These other wines are selected for sale from the ”Grocery Management System”, and it is up to the wineries to apply to have product included on that list. My experience, so far, is that aside from wines produced by the original licence holder, most of the other wines on the grocery store shelves are also carried by the LCBO. Apparently this is not a legislated restriction; wineries can apply to have other wines listed. 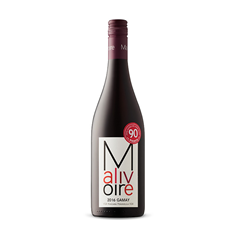 Malivoire Gamay Noir
At the same time, I can understand that the licence holders want to carry wines that are fairly popular and are guaranteed to sell.  Malivoire Gamay Noir is one wine the Wine Rack conversions carry that is not regularly available at the LCBO. It took gold at the 2017 National Wine Awards, and is described by winealign.com as “juicy, fullish and succulent.

In all, the initial roll-out has been very successful. The Arterra/Wine Rack Boutiques see this as a great opportunity to promote Ontario wines, according to Sean Taylor, the Senior Vice-President of Retail, Government Relations and Business Development. Sean said that the “consumer experience” appeals to customers in the grocery stores – and, of course, there are tastings every day.

The Wine Rack people are very happy with the results so far, which would indicated that customers are, too.  Anecdotally, one of the in-store managers suggested that sales are up in excess of 100 per cent over the same period when the shop was located outside the grocery store proper, and that there was also a significant spike with sales leading up to Easter Sunday.

As for impact on employees, there apparently has been minimal disruption. Since the actual purchase of wines occurs at the grocery check-outs, the wine boutique workers do not handle cash any more, but they are still busy interacting with customers and ensuring that the shelves are properly maintained. Some hours, though, may be affected, though now sales can take place over a greater part of the day.

The Colio people, who have one of their integrated stores in Barrie, are also quite positive about the changes, and are hoping to convert more stores when the government permits it in 2019 – as does the Wine Rack.

Matt Dixon, Vice- President of Sales for Colio, says that while regulations require that 20 per cent of the wines be from producers other than Colio themselves, they actually have between 30 and 35 per cent of such wines on offer. As well, there are some higher end ones that are not actually on the LCBO’s regular list, such as the Hidden Bench Pinot Noir, $31.95. I actually noticed an inexpensive example in the Barrie store, the Eastdell Pinot Noir at just $13.95 – worth checking out, definitely.

As for the Wine Rack conversions, their shelves still hold the many very good wines that they produce themselves, such as the Inniskillin East-West Pinot Grigio/Chardonnay blend and the Jackson-Triggs Entourage Grand Reserve Brut Sparkling Wine, one of Ontario’s best. 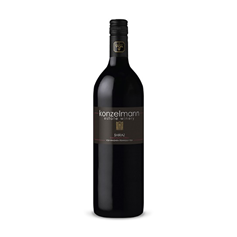 Konzelmann offers a very appealing Shiraz at $14.95
What you can now find are wines from other good Ontario producers, including Konzelmann with a very appealing Shiraz with decent weight, good plummy sweetness, and a thread of tannin that brings everything into balance. At $14.95 it can hold its own with most general shelf examples from Australia.

The Creekside Syrah, $15.95, provides a terrific contrast to the Konzelmann, almost illustrative of the difference between a wine from Australia and a wine from France. It is drier, with more weight, and an impact of dark fruit and pepper spice. Buy both, and submit them to your own taste test – same grape, with results that are “continentally different”.

In all, the move to the Supermarket is a good thing for Ontarians who enjoy a glass of wine – and can drink it while they prepare the food they picked up at the same time!

Laurent Miquel Nord Sud Viognier 2015, $14.95, hails from France’s Langedoc. The Social Vignerons website calls it “an excellent Viognier in a powerful and exuberant style, that still displays some finesse and refinement [due to] good acidity and a well-controlled partial aging in oak.” Same may find it too exuberant, but it is hard to nitpick at this price. 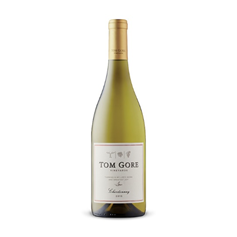 Tom Gore Chardonnay 2015, $19.95
Tom Gore Chardonnay 2015, $19.95, from California, is delicious. A clean entry is followed immediately by a burst of tropical fruit and peach flavour right in the “Goldilocks” zone – not too sweet, not too tart – all in fine balance. You can enjoy this on its own, or serve it with roasted chicken, pasta alfredo, or other creamy dishes.

Joseph Cattin Hatschbourg Pinot Gris 2015, $24.95, is an off-dry Grand Cru example from Alsace. “The mellowness of the pear fruit is expressed fully on the concentrated palate…The finish is off dry, balanced and generous.” Wine Enthusiast – 91.

Kanonkop Kadette pinotage Rosé 2017, $13.95.  is from South Africa. The name refers to the cannon that was fired to announce the arrival of sailing ships at Cape Town, and it is a fitting signal for one of the first Rosés of the season – even if April thinks it is still February. Don’t let the pale colour fool you. This is loaded with red fruit flavour and finishes crisp and dry.

(Check to see if your area is receiving the previous two wines.) 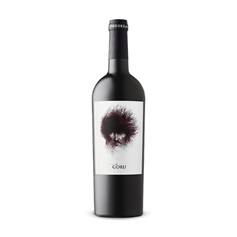 Roc Des Templers Plan de Dieu Côtes Du Rhône Villages 2016, $14.95. If you can get past the paragraph-long name, you will enjoy this Gold-Medal bargain from the Rhone. It’s fairly simple with good plummy fruit and tobacco and spice notes.

Noble Vines 337 Cabernet Sauvignon 2014, $19.95, is another listing from the Lodi region of California which really does emphasize flavour. “The smooth silky palate offers up plum compote and a touch of peppered saddle leather. Fruit-forward. Delicious” – The Tasting Panel – 93.

Alianca Vinho Verde 2016, $8.90, is simple and zesty with the effervescence which makes this a great summer-time wine (We can pretend). The fruit is understated, but is not overwhelmed by the acidity. Recommended with light fish dishes and summer salads. 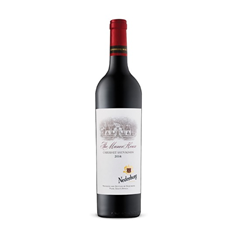 Nederburg Manor House Cabernet Sauvignon 2016, $16.95
Nederburg Manor House Cabernet Sauvignon 2016, $16.95. Giving this wine a chance to breathe lifts its red berry fruit, and helps it to hold its own against the soft but definite tannins. This would serve very well with a roasted leg of lamb. Platter’s South African Wine Guide gives it four out of five stars.

A people-first approach to real estate

Be Part of the Guelph Story!