After 35 years as a trainer in Guelph hockey, Rusty is calling it a day 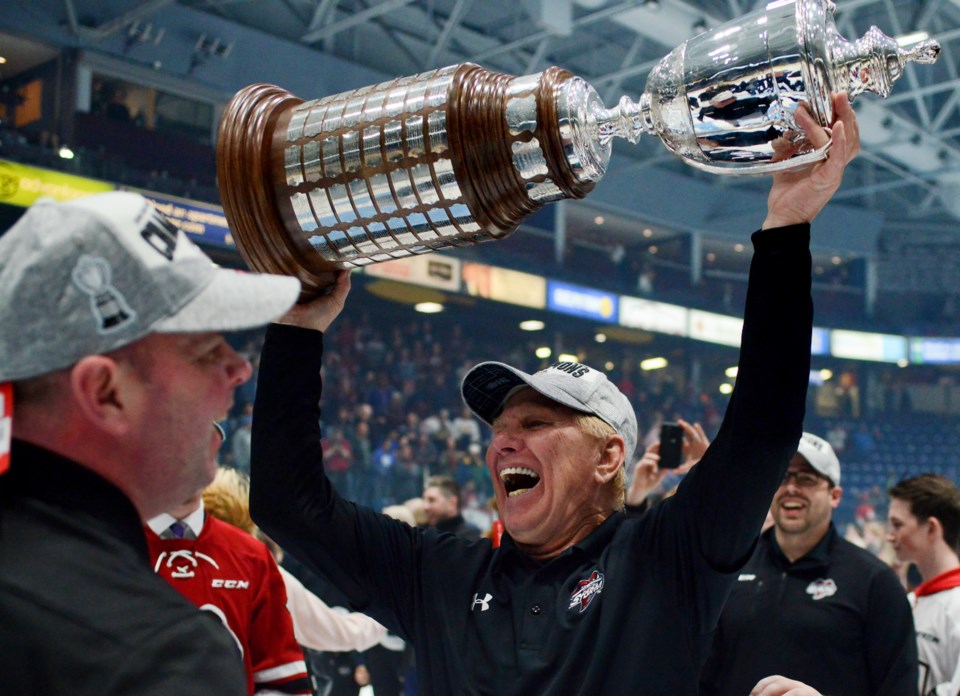 For 35 years Russ Hammond has been a fixture on the local junior hockey scene, 25 years of it on the Guelph Storm bench.

But after thousands of skate sharpenings, stick trimmings, blade fixings and countless other tasks, the longtime trainer and equipment manager is officially retiring.

"Making such a decision has been very difficult and challenging from me," the man universally known as 'Rusty' said.

"Looking after my owners, coaches and players needs over all these years has been fulfiling and most importantly enjoyable."

Hammond worked junior B hockey before moving up to help with the Holody Platers and finally the past 25 years on the bench with the Guelph Storm.

He says the best part has been all the great people he's met, from players, coaches and agents to media and referees.

"All have contributed in some way to the success I have had as a trainer," he said.

His achievements include being part of four OHL championship teams, six Memorial Cup appearances, working with Team Canada at the World Junior tournament  in 2002 and many trips to the Top Prospects games.

For several years he ran the Rusty and Friends charity golf tournament and still keeps in touch with many of the players who have worn the Storm jersey over the years.

"Being part of the Ontario Hockey League has, from a personal standpoint, allowed me to be selected as the trainer for all of the Canadian Hockey League major events over the years," Hammond said.

"After working more than 2,000 games ... I thank you more than I can express, for making m life as a trainer for some many years so fulfilling and rewarding."

Hammond worked part time most of this past season as new head equipment manager, and longtime Hammond assistant, Doug Robertson took over the reins and was on the bench throughout the Storm's thrilling playoff run that ended with a semifinal loss at the Memorial Cup in Halifax.