Guelph Games postponed, but still hoping to happen in August 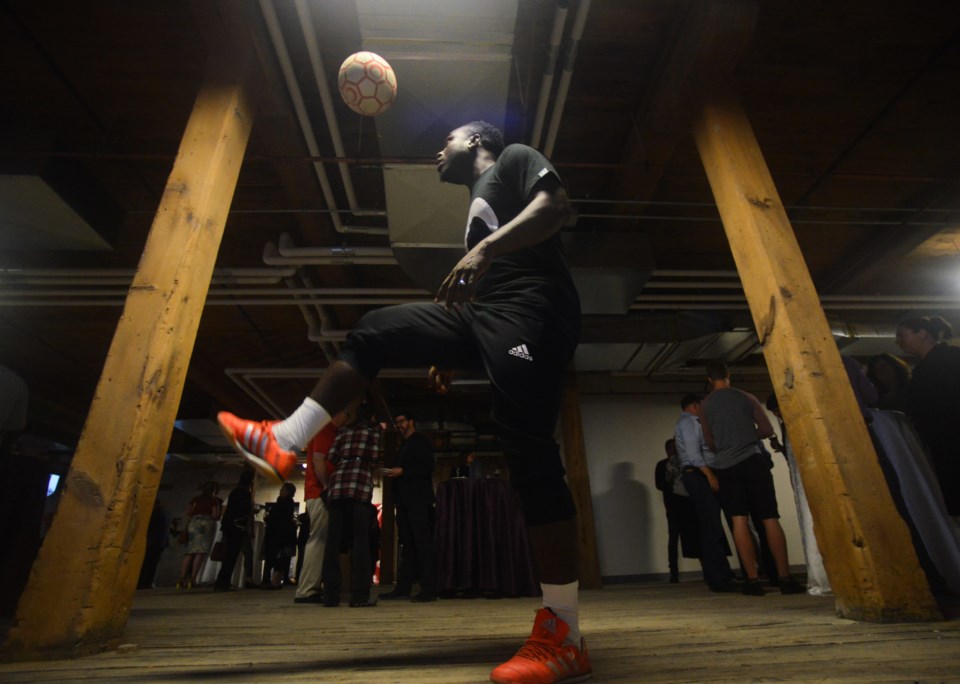 Dennis Thompson does some tricks with a soccer ball at the event launch the Guelph Games last October. Tony Saxon/GuelphToday file photo

The Guelph Games have been postponed and are now hoping to happen in mid-August.

If necessary, they will be delayed until 2021, said Helen Stoumbos, the driving force behind the sporting event for master’s athletes aged 30 and older.

“We’ve already decided to push it back to mid- August if possible,” said Stoumbos, a partner in Gleam Media, who is organizing the event.

“Fingers crossed and toes crossed,” she said. “A lot of it will depend on what happens at the local level.”

Facilities are available in August, she said.

If an August event isn’t possible, then the focus will switch to 2021, Stoumbos said.

The games were supposed to take place June 25 to 28, with over 1,000 athletes and their families descend on Guelph for a competition featuring seven different sports:  beach volleyball, soccer, athletics, basketball, slow pitch, ultimate Frisbee and pickleball (a combination of badminton, table tennis and tennis.

It would use several venues around town, including the University of Guelph and on a closed-down Carden Street in front of city hall.

There would also be hundreds of volunteers involved.

As the COVID-19 pandemic worsened, it became clear that a June event likely wasn’t going to be possible. On Tuesday the city announced all of its facilities would be closed for programming until at least July 5.

“We’ve been monitoring the situation and talking with our partners as we go along and developing contingency plans,” Stoumbos said.

“We had athletes contacting us saying ‘please hold it in August!,’” Stoumbos said.

The games are modelled after The Huntsman World Senior Games, an over-55 event which started in the 1980s in a small town in Utah with 280 athletes. Now they attract 11,000.

Stoumbos hopes to make The Guelph Games an annual event.

Scott Driscoll takes his hockey journey from the NHL ice to the U of G bench
Sep 17, 2020 7:00 AM
Comments
We welcome your feedback and encourage you to share your thoughts. We ask that you be respectful of others and their points of view, refrain from personal attacks and stay on topic. To learn about our commenting policies and how we moderate, please read our Community Guidelines.