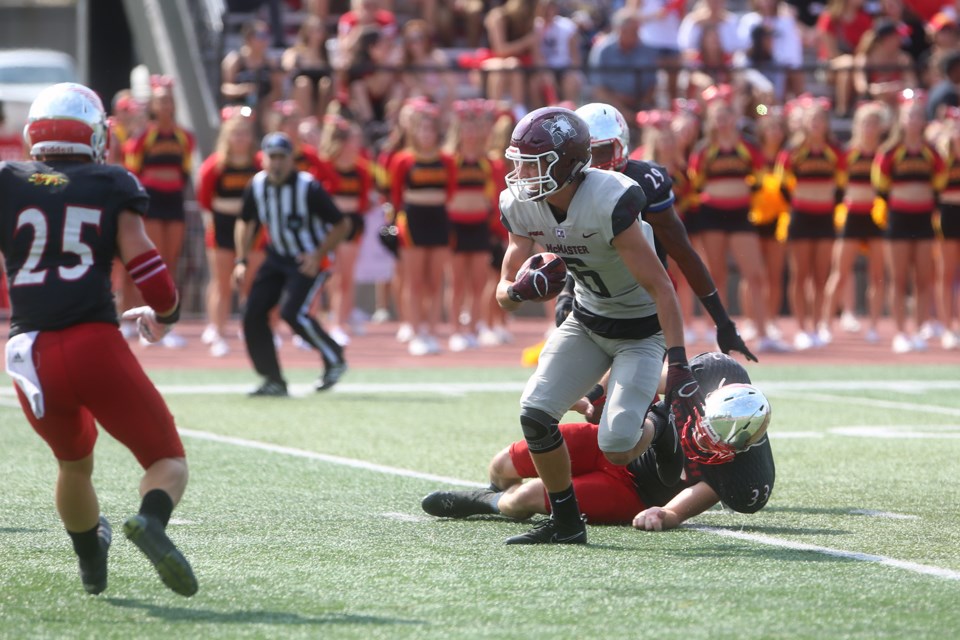 Guelph native Tommy Nield and Guelph Gryphon Alain Cimankinda were both chosen in the Canadian Football League draft on Tuesday.

Nield, 22, a six-foot-three, 215-pound wide receiver, was chosen in the fourth round, 30th overall, by the Toronto Argonauts. In the 2019 regular season Nield had 48 catches for 688 yards and four touchdowns.

Cimankinda, 25, a six-foot-one, 245-pound defensive lineman, was taken in the fourth round, 35th overall, by the Saskatchewan Roughriders. In 2019 Cimankinda had 7.5 sacks and 21 tackles.