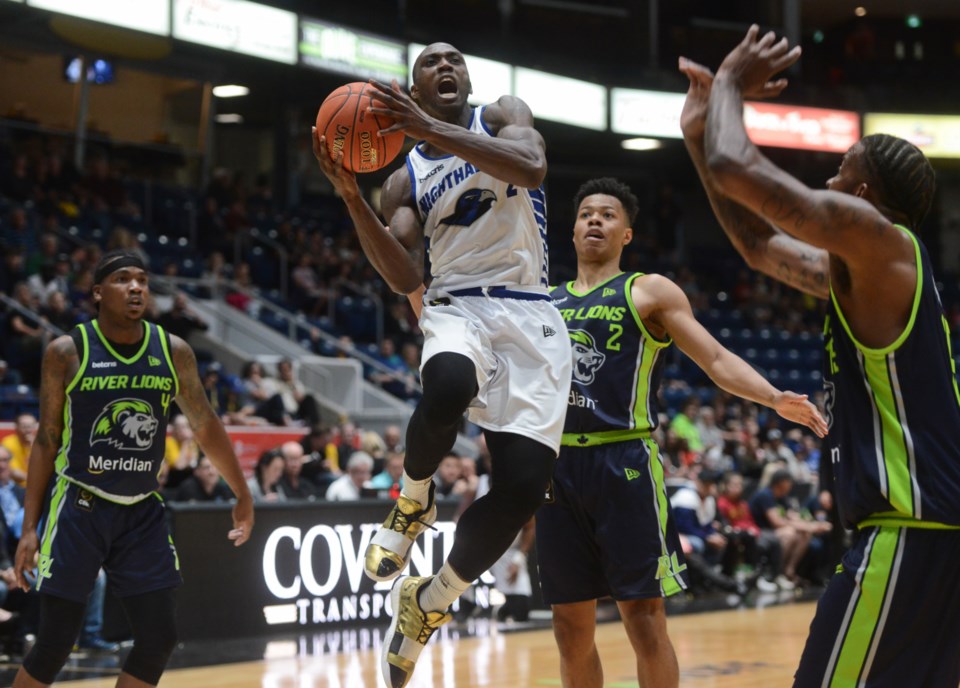 Olu Famutimi, seen here in action in 2019, will be back with the Nighthawks this season. Tony Saxon/GuelphToday file photo

The Guelph Nighthawks Head Coach and General Manager, Charles Kissi, determined to formulate an impressive and skillful roster for the 2021 Canadian Elite Basketball League season, returns for his third season with the Nighthawks. After placing fifth in the 2020 CEBL Summer Series,

Guelph Nighthawks coach and general manager Charles Kissi is looking to add size and versatility as well as advance the team’s cohesiveness and consistency for the upcoming season.

The training camp roster, including six returning players and 12 newcomers, will compete for the 2021 CEBL Championship this summer.

The Guelph Nighthawks tip off their 2021 CEBL season on the road against the Ottawa BlackJacks on Monday, June 28th at 7:00pm ET. The Nighthawks will play a 14-game regular season to compete for the 2021 CEBL Championship.

All together, the Guelph Nighthawks 2021 roster includes 12 players from NCAA programs, six former U SPORTS athletes, six who have represented Team Canada, four with NBA G-League experience, and 10 from top-tier European basketball leagues.

Said Kissi in a press release: “The goal every year is to improve the roster in order to compete for and win a championship.  I believe we have a strong group of people to build the environment, and the capacity necessary to get it done.”

Optimistic about the selected roster that merges new and returning players who bring a level of both offensive and defensive abilities, Kissi says the Nighthawks will, “be a team that on the defensive end, puts a lot of pressure on the ball and has the rim protection to do that. On the offensive end, we’re going to be a paint heavy team. We’re going to try to get into the paint, get to the rim, and put pressure on defence.”

For more information on the Guelph Nighthawks and 2021 regular season schedule, visit here.