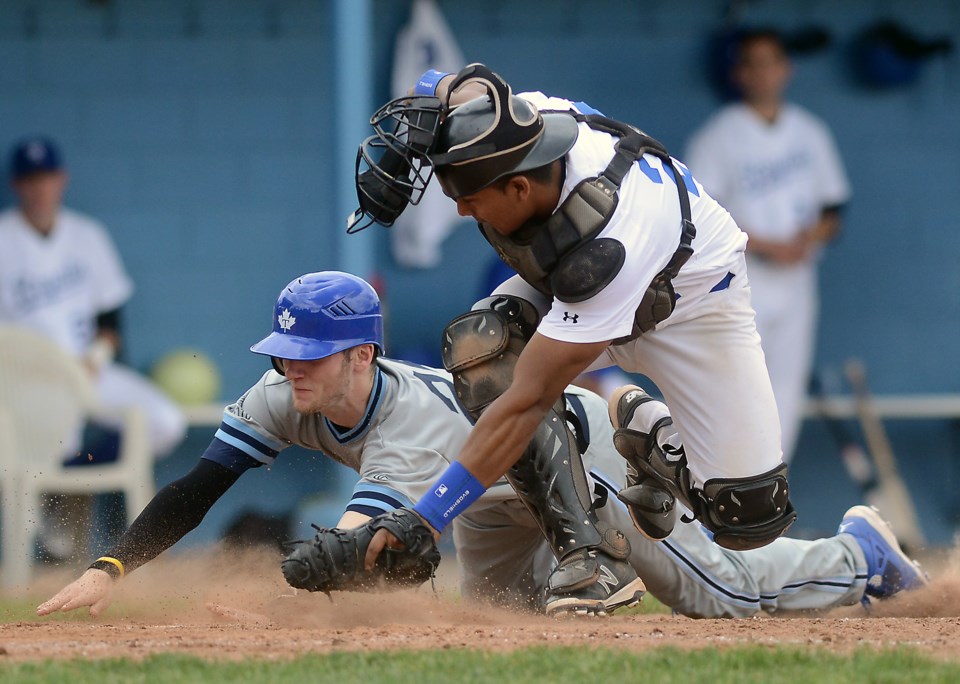 Reliever Ryan Greco walked in the eventual winning run in the top of the ninth inning as the Guelph Royals lost 6-5 to the Toronto Maple Leafs at Hastings Stadium Saturday afternoon.

Guelph falls to 1-2 on the season. They play in Kitchener Sunday and are at home to Kitchener in a 1 p.m. Monday afternoon.

Greco started the inning by surrendering a single to Johnathan Solazzo, then hit Will Richards with a pitch before walking both Sean Mattson and Daniel Marra.

Nico Daws is back in fine form (8 photos)
Feb 14, 2020 10:52 PM
Comments
We welcome your feedback and encourage you to share your thoughts on this story. We ask that you be respectful of others and their points of view, refrain from personal attacks and stay on topic. To learn about our commenting policies and how we moderate, please read our Community Guidelines.