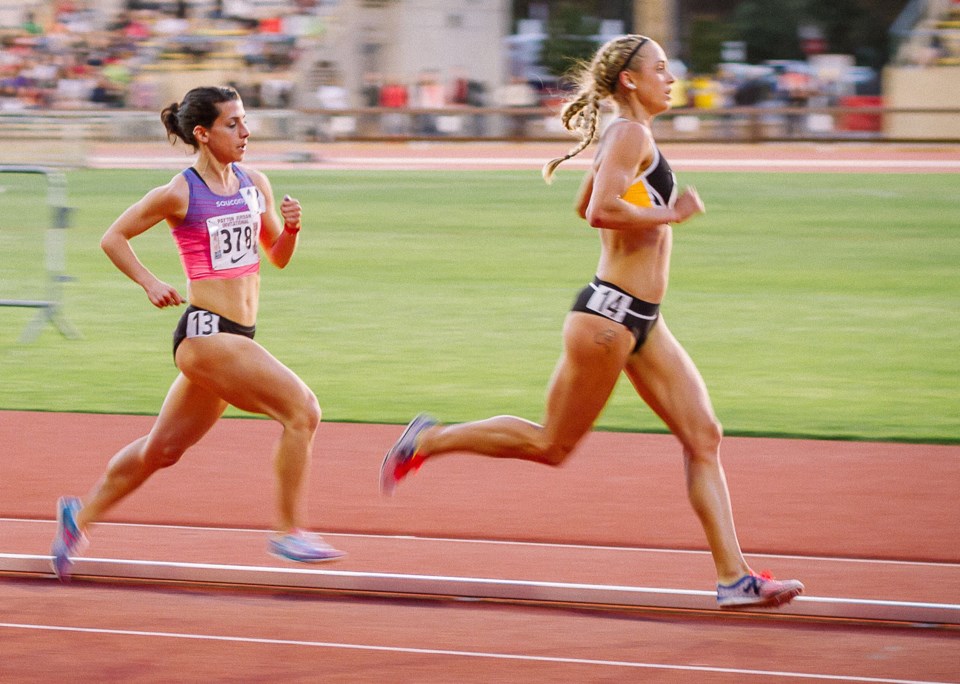 Last weekend she took a big weight off her shoulders by achieving the Canadian Olympic standard in winning the women's 5,000 metres at the Hoka One One Middle Distance Classic at Los Angeles.

"It was like one of those things where I kind of knew that something special was going to happen before the race really started," she said. "The pacers were going to be going out the way I wanted to and there was a really good field of women who'd run around 15:20 and those races in California, the weather's always pretty good so everything was just kind of lining up. It was like I just had to feel good and this would've happened. That kind of makes it sound easy, but all these things you try to make happen were happening."

In a race that had three pacers, Seccafien remained around fourth place of those who intended to go the distance. When the pacers pulled off, she started moving up and took the lead with two laps to go to eventually win with a time of 15 minutes, 17.81 seconds.

"There's no real secrets," Seccafien said of a season in which she's lowered her personal best three times. "I've switched training groups so now I'm in Toronto with the University of Toronto Track Club so there are a lot of changes with that. Also I was injured last year in 2015 and then when I came back I just kind of committed myself to doing the little things. I slept a lot more. I started stretching, eating better. It was just kind of taking better care of myself because once you go through an injury you kind of realize that you're not invincible any more."

"I had some sort of foot pain. It was never really properly diagnosed so I don't know. My heel would really hurt for a long time," she said. "I couldn't run on it, it was just very painful."

Then the pain just went away.

"It just stopped hurting. It was weird. It was really painful, I got an MRI and it didn't show anything so I just started running and it was fine. There was just no explanation."

A move to Toronto, some work on her mechanics and constant training at Olympic standard pace led to the win in L.A.

"I knew I'd been running at that pace consistently for months and months and a lot of my workouts just indicated that I was really fit. Like way, way fitter than I'd ever been," she said. "These workouts I wouldn't have imagined being able to do a couple of years ago so I knew there was a lot of improvement going to happen right from my first race."

Now that she's achieved the standard in the 5,000m, she's cutting that distance out of her competition schedule. She'll continue to train for it, but her races will be shorter.

That would be at this year's Inferno set for June 25 at Alumni Stadium. The Guelph native, a Bishop Macdonell high school and University of Guelph graduate, is definitely going to race in NTL events at Vancouver and Victoria June 17 and 19 respectively.

"It's just to do something different," she said. "I don't really want to run any more 5Ks between now and (the Olympic Trials). It's just to work on speed and work on tactics and just kind of have some fun in the 1,500."

And she'll also aim to keep her strong season going with an eye at earning a spot on the Canadian Olympic team, something she'll do with a first- or second-place finish at the trials at Edmonton July 7-10.

"I feel like I'm in a really good position now," she said. "I can kind of just relax mentally and emotionally a little and just watch the rest of the season happen and see who gets the standard and what happens from my couch."