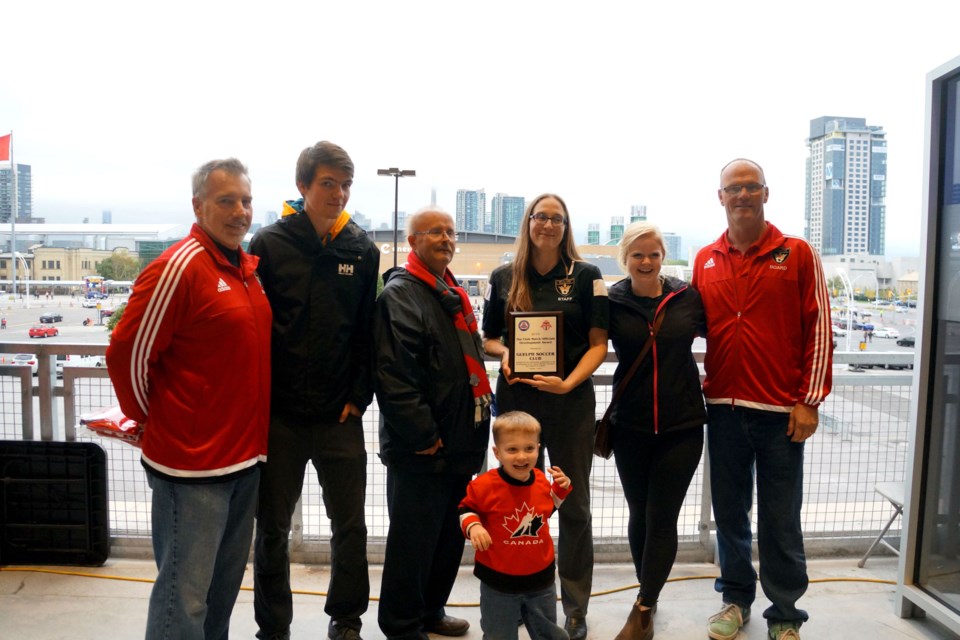 *************************
A huge congratulations to our club’s referee department, who came home from the Ontario Soccer Association’s Match Official Appreciation Day with two awards!

Under the leadership of Tamara Reitsma, Guelph Soccer is contributing the utmost to the development, retention, and the exceptional performance of match officials.

In addition, as a Club Head Referee, Reitsma is extremely active and helpful beyond her club as well. She served as an instructor for a number of entry level and small sided clinics.

Reitsma also supervised all of their fitness tests in the spring, including a test in Owen Sound. Finally, she is the most active assessor in our district, assessing a number of match officials in her club who are aspiring to develop their skills as officials.

Tamara thanked her entire referee department, including Jayne Elford, Sean Simpson, Barry Rooke, and Phil Jaroszynski for all their support and contributions. She also thanked the club and board for committing the resources and funds necessary to run an excellent referee program.

Guelph Soccer’s Club Head Referee Tamara Reitsma also received an award from the South West Regional Soccer Association at the same ceremony. She was honuored with the district’s Spirit of the Game Award.

This award is given to match officials who have demonstrated reliability and dependability.

They must be a role model in their community and demonstrate a willingness to continue the learning process. They give back to the match official community as a whole and serve as volunteers and mentors.