But things look positive as Cam Hillis does show up at rookie orientation day and says he loves the OHL
0
May 15, 2016 8:00 PM By: Tony Saxon 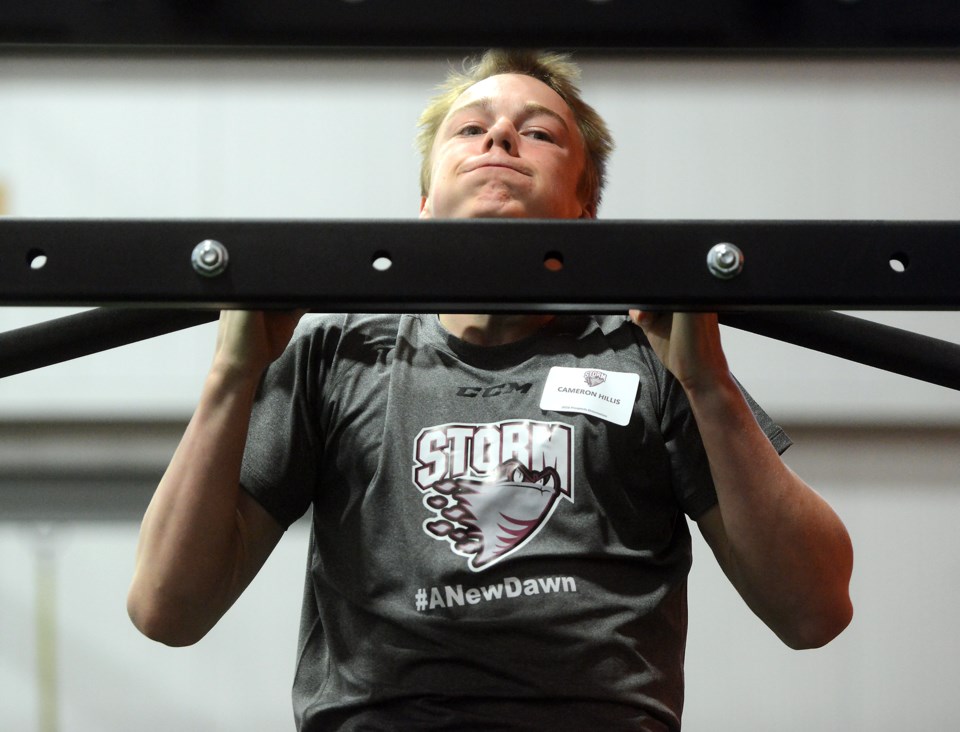 The appearance of Cameron Hillis at the Guelph Storm's rookie orientation day Saturday was a good thing.

Hillis was the team's second round pick in the recent OHL draft and has not yet committed to the team, so seeing him in Guelph with the rest of this year's picks was a positive.

"I'm just kind of weighing all my options and seeing what comes. I'll come to a decision soon, but I really do love the OHL," Hillis said Saturday at Shift fitness.

While he has given no indication that he doesn't intend to sign with the Storm, eyebrows were raised when he was taken in the fourth round of the United States Hockey League draft by the Youngstown Phantoms.

Hillis was sitting around the kitchen table watching the draft unfold on a laptop when he got a call from the Storm saying they were about to chose him.

"It was a dream come true to hear my name called that day," he said.

Ironically, the Storm had little personal contact with him during his draft year.

"I talked to a few teams, but I only talked to Guelph maybe once the whole year," said Hillis, a Clarington resident whose best friend is Storm forward Matt Hotchkiss's younger brother.

"I heard from a couple of guys that the team that is going to pick you are the ones that don't talk to you."

He lists his on-ice vision as his greatest asset, seeing himself more as a playmaker than a goal scorer.

There were 11 players at Saturday's orientation day, which included a tour of the Sleeman Centre and a presentation to parents by the team's education coordinators.

Two of this year's picks were no shows: seventh rounder Phillippe Lapointe (son of longtime NHLer Martin Lapointe) is apparently heading to prep school and eighth rounder William McKinnon is heading to the U.S. development program.

The Storm will hold a fitness testing day for the entire team, plus players on its protected roster, on June 4.

Nico Daws is back in fine form (8 photos)
Feb 14, 2020 10:52 PM
Comments
We welcome your feedback and encourage you to share your thoughts on this story. We ask that you be respectful of others and their points of view, refrain from personal attacks and stay on topic. To learn about our commenting policies and how we moderate, please read our Community Guidelines.