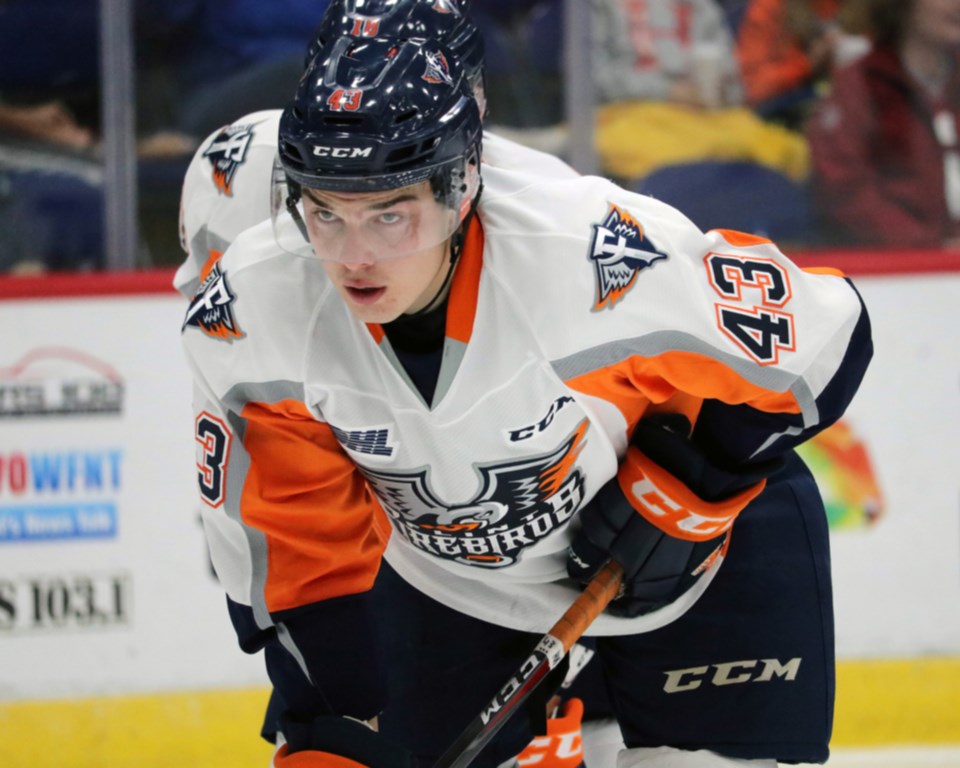 Eric Uba was acquired from the Flint Firebirds by the Guelph Storm on Thursday. Natalie Shaver/OHL Image

The Guelph Storm picked up 19-year-old right winger Eric Uba from the Flint Firebirds on Thursday.

In return the Firebirds receive the Storm's third round pick in the 2020 draft and a conditional fifth round pick in 2023. Flint gets that pick if Uba returns for his overage year.

Uba, a six-foot, 195-pound Kitchener native, scored 19 goals and added 24 assists for the Firebirds last season. Two of his goals were on the power play and two were shorthanded.

Originally drafted in the ninth round in 2016 by Flint, he spent the next year playing junior C hockey in Ayr, then split the 2017-2018 season between the Wellington Dukes and Oakville Blades of the tier II Ontario Junior Hockey League. He did get four games in with Flint, picking up one assist.

Eric is an impressive young man that will bring skill, size, and character to our lineup,” said Storm coach/general manager George Burnett on the team's web site. “He has a proven ability to score in our league and we look forward to having him join our program.”