After a long career as an assistant and associate coach, Jake Grimes finally gets a shot at being head coach
Jun 4, 2019 3:00 PM By: GuelphToday Staff 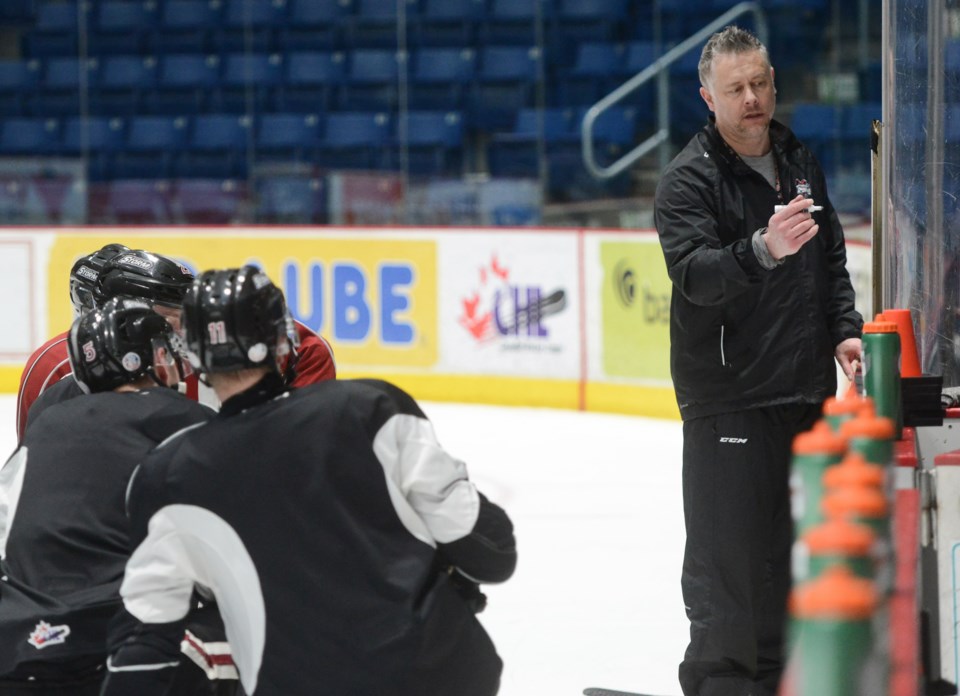 The Guelph Storm is loosing one of its bench staff.

Associate coach Jake Grimes is leaving the team to be the head coach of the Cape Breton Screaming Eagles of the Quebec Major Junior Hockey League.

The Screaming Eagles parted ways with longtime coach and general manager Marc-Andre Dumont after being knocked out of the playoffs in the second round this year. They were 40-22-1-5 during the regular season.

Grimes originally joined the Storm prior to the 2017-18 season and spent two seasons as associate coach.

“I am extremely proud and fortunate to be able to return to my home province of Nova Scotia as the head coach of the Cape Breton Screaming Eagles,” Grimes, a Dartmouth, Nova Scotia native, said in a press release.

“I would like to thank every player, coach, manager, owner, and trainer I have worked with along the way. In particular, the Guelph Storm, Belleville Bulls, and Peterborough Petes organizations all helped prepare me for this opportunity.

“I would also like to thank George Burnett for adding to my development for 13 strong years, and last but not least, I cannot thank my family enough for supporting me through life… and now this great opportunity,” Grimes concluded.

Prior to joining the Storm, Grimes spent two seasons as assistant coach with the Peterborough Petes, highlighted by the team’s 2016-17 season which included an appearance in the Eastern Conference final.

He also spent 11 season as an assistant coach with the Belleville Bulls.