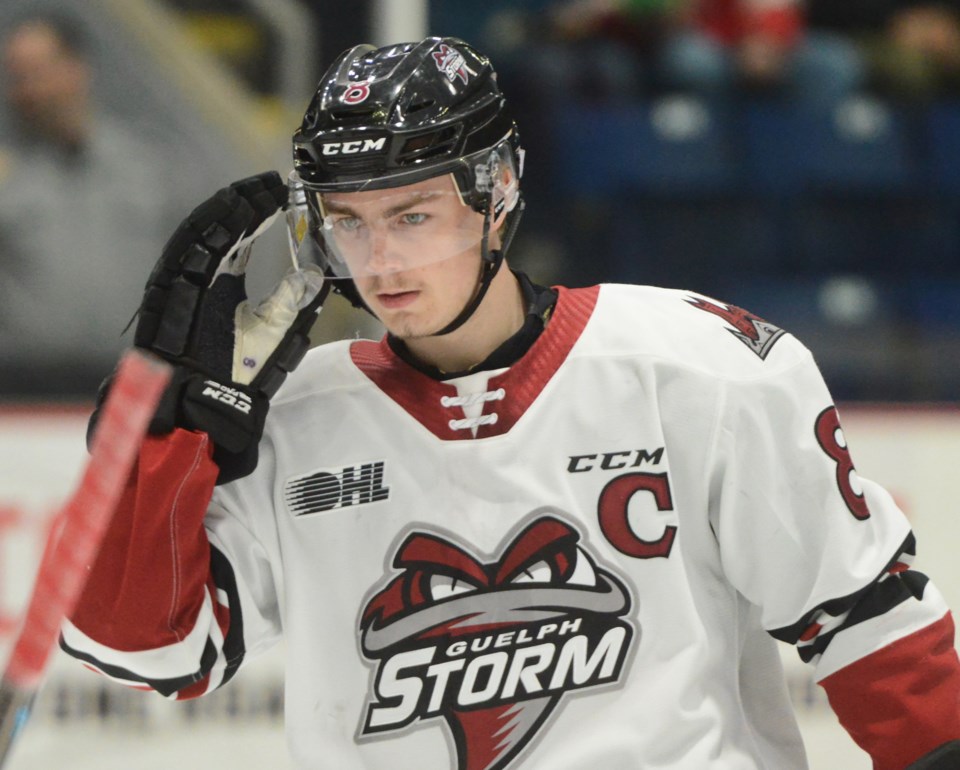 FLINT, MI. - The Guelph Storm rallied from being two goals down at the start of the third period but fell short in the shootout Saturday night against the Flint Firebirds.

Flint outscored Guelph 2-1 in the shootout for a 4-3 victory.

Flint led 2-0 heading into the third period Saturday before two goals by Cam Hillis and one by Pavel Gogolev put Guelph up 3-2.

But the Firebirds' Jack Phibbs scored with 2:44 left in regulation, beating Storm netminder Owen Bennett in close to force overtime.

Both teams had chances in the extra five minutes but couldn't end it, forcing a shootout that went five rounds.

Cedric Ralph was the one Gueph shooter to put one past former Storm netminder Anthony Popovich, while Riley McCourt and Dennis Busby beat Bennett.

Flint outshot Guelph 43-27 on the night.

Local lad Karabela thrilled to be drafted by Guelph Storm
Apr 4, 2020 12:39 PM
Comments
We welcome your feedback and encourage you to share your thoughts on this story. We ask that you be respectful of others and their points of view, refrain from personal attacks and stay on topic. To learn about our commenting policies and how we moderate, please read our Community Guidelines.