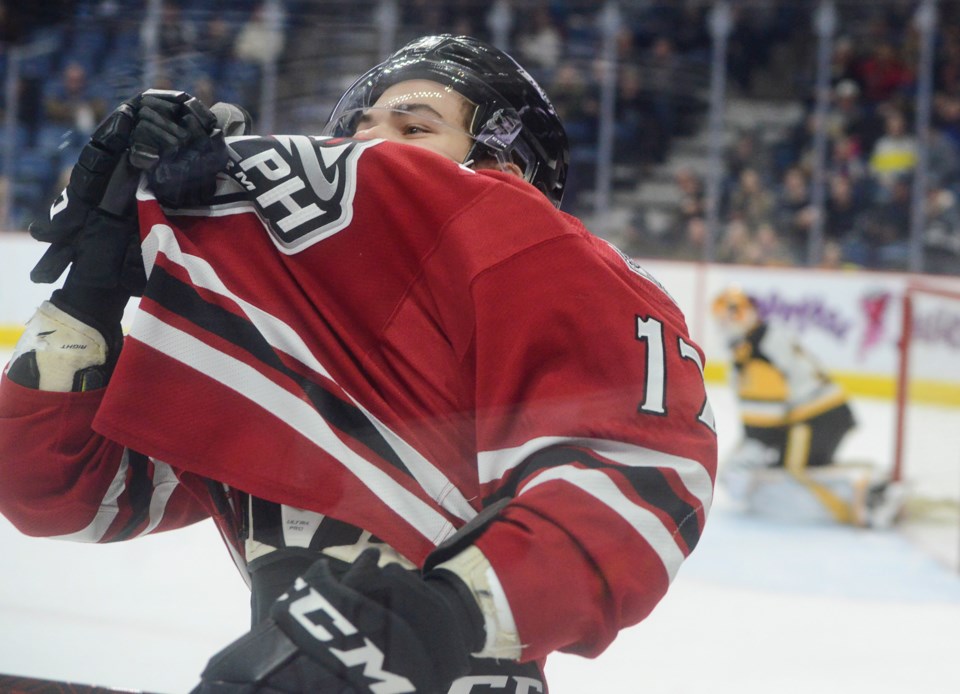 ST. CATHARINES — Ivan Lodnia, playing in his first game since being returned to the Niagara IceDogs by the Minnesota Wild, scored the lone goal of the shootout as the Guelph Storm fell 5-4 on Saturday night.

Pavel Gogolev had two goals and two assists to lead the Storm attack, the second straight night he has recorded a four-point night. Ralph had his first two goals of the season. Hillis had two assists.

Guelph's Daws and Niagara's Tucker Tynan were both outstanding in net, with Tynan facing 51 shots and Daws 48.

The Sudbury Wolves visit Guelph Sunday for a 2 p.m. start.

Roller coaster ride ends in eighth straight loss for Guelph Storm (8 photos)
Jan 24, 2020 10:53 PM
Comments
We welcome your feedback and encourage you to share your thoughts on this story. We ask that you be respectful of others and their points of view, refrain from personal attacks and stay on topic. To learn about our commenting policies and how we moderate, please read our Community Guidelines.