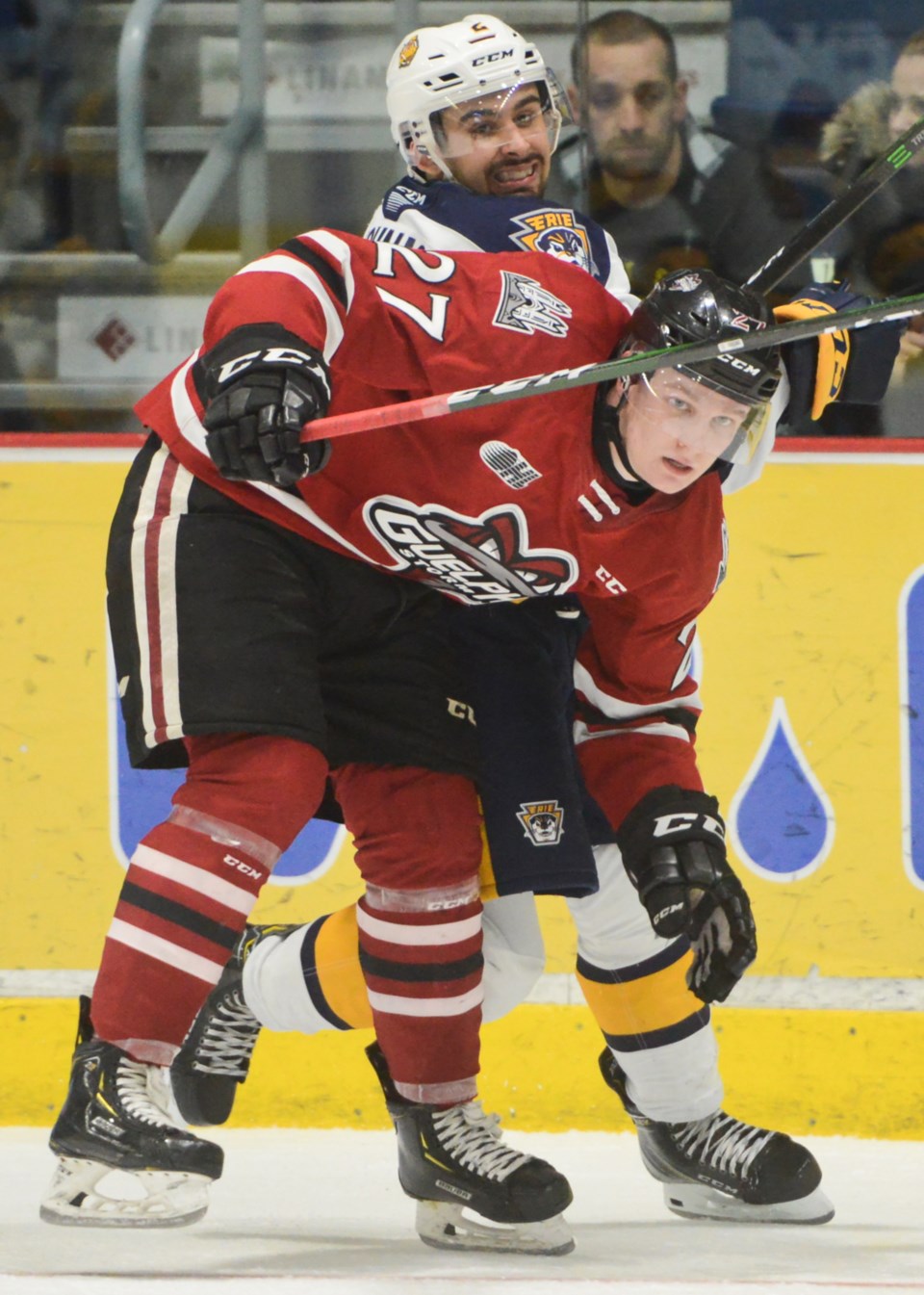 The Guelph Storm's Jacob Roach gets tied up with an Erie Otter player Wednesday at the Sleeman Centre. Tony Saxon/GuelphToday

The Guelph Storm partially cleared up its overage situation on Tuesday, sending forward Jacob Roach to the Kingston Frontenacs in exchange for a 15th round draft pick.

The five-foot-11, 187-pound Brooklin native was an eighth round draft pick of the Sudbury Wolves in 2016, last season was Roach's first in the OHL. Guielph signed him as a free agent.

Guelph had five potential overage players still on its roster: Roach, Keegan Stevenson, Eric Uba, Pavel Gogolev and Nico Daws. Some of that group could be moving on to the professional ranks next season. Daws is eligible for the upcoming NHL draft and Gogolev could draw interest as a free agent after tallying 45 goals and 96 points last season.

OHL says plans on opening training camps Nov. 15
Sep 17, 2020 4:02 PM
Comments
We welcome your feedback and encourage you to share your thoughts. We ask that you be respectful of others and their points of view, refrain from personal attacks and stay on topic. To learn about our commenting policies and how we moderate, please read our Community Guidelines.