Acquire Nick Suzuki and two others from Owen Sound Attack
0
Jan 9, 2019 9:17 AM By: GuelphToday Staff 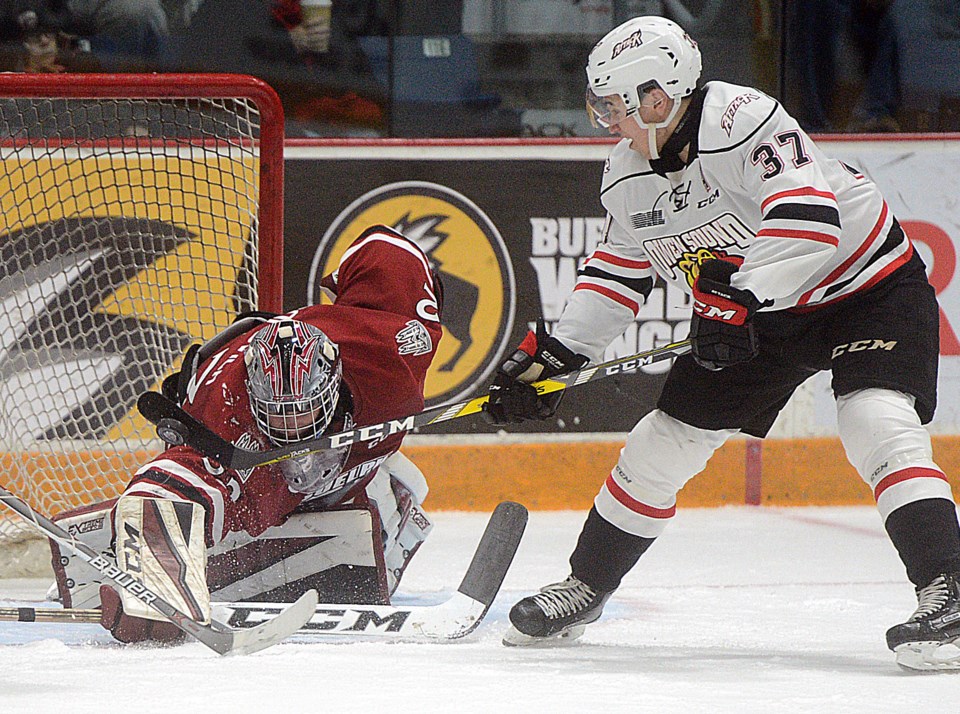 Tuesday they made perhaps the biggest one of all, acquiring Nick Suzuki, Sean Durzi and Zach Roberts from the Owen Sound Attack.

Heading to Owen Sound are Mark Woolley, Barret Kirwin, Zach Poirier and draft picks: a second, a third and a fourth rounder plus a conditional third.

That makes six new players on the Storm since Saturday.

Suzuki, 19, was one of the best players available heading toward Thursday’s trade deadline.

The NHL first round pick has 22 goals and 23 assists in 30 games this season. Last year he finished fourth in league scoring with 100 points.

He is the third member of Canada’s World Junior team acquired in the past four days, joining former Markus Phillips and MacKenzie Entwistle in Guelph.

Roberts, 19, has six goals and two assists in 24 games this season.

Woolley, 17, is a stay-at-home defenceman who has six points in 29 games in his second season with Guelph. Kirwin, 18, has nine goals and 12 assists in 36 games. Poirier, 20, has seven goals and eight assists in 38 games.

Poirier was suspended by the league Tuesday for six games for a head check on Sunday.