Guelph Storm prepares for the unknown at Memorial Cup

Guelph opens its bid for its first Memorial Cup championship Saturday night in Halifax
0
May 16, 2019 9:30 AM By: Tony Saxon 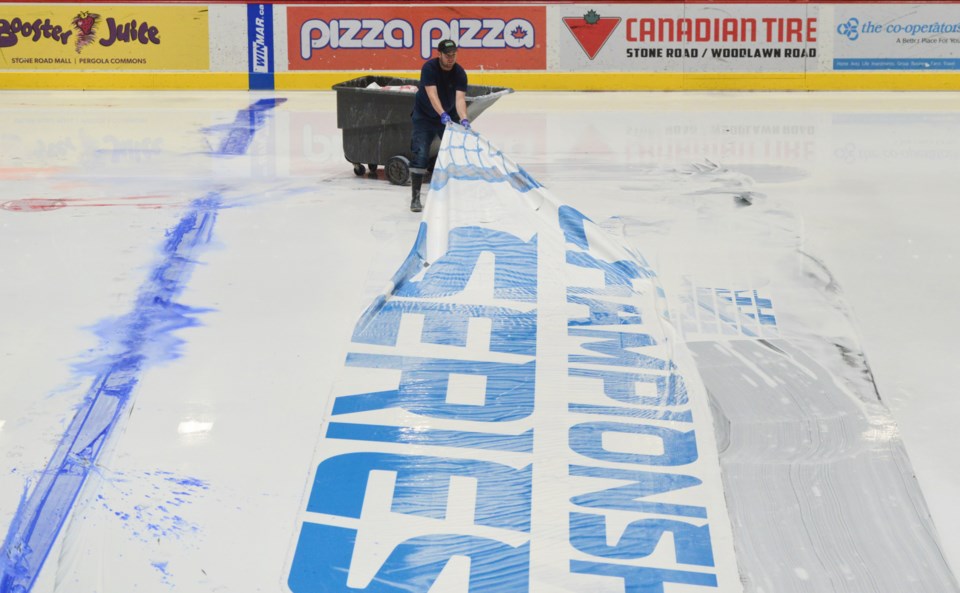 That’s one of the challenges facing the Guelph Storm heading into the Memorial Cup.

“We’ll be well prepared and we’ll know the other teams well,” said Storm coach George Burnett Tuesday as the team held meetings and a dryland workout.

Burnett said the key is to focus on the Guelph Storm playing its game, not so much on the opposing team.

“In this event, because it’s not a seven-game series, the focus is more on your own team and preparation and trying to impose the way we want to play on opponents,” Burnett said.

The Memorial Cup field was finalized Monday night when the Prince Albert Raiders won the Western Hockey League crown by winning in overtime of Game 7 of the league final.

Guelph will leave Wednesday afternoon on a charter flight out of Kitchener.

“It’s important to know the other team’s tendencies, for sure, their special teams tendencies, their goaltending and their key people,” Burnett said.

“As the tournament develops, you get to see the other teams live, but in those first two games this weekend we’ll do our homework on Rouyn-Noranda and Halifax and make sure we know them as well as anyone when we play.”

Burnett has many years in the junior game and has lots of contacts he can reach out to for information on his opponents.

“Absolutely. There’s people you know through all three leagues and you look for good information to provide the best information for your team that you can.”Prince Albert last won the Memorial Cup in 1985, the only time it has qualified for the tournament.

The Halifax Mooseheads won it in 2013.