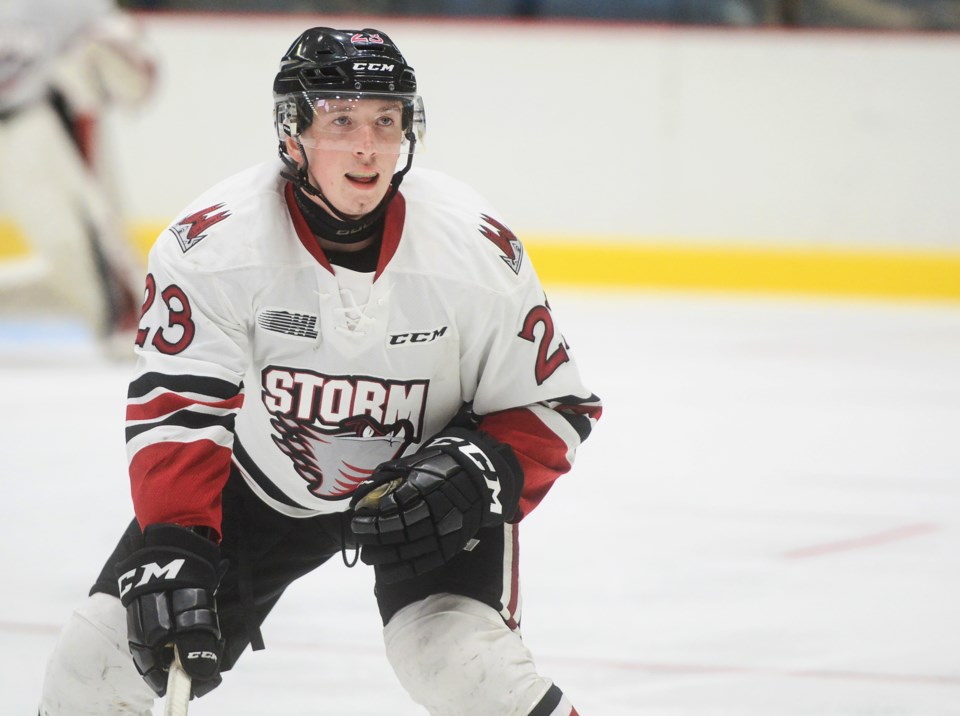 The Guelph Storm has traded defenceman Zack Terry to the Flint Firebirds.

In exchange the Storm receives two draft picks: Niagara’s third round pick and Hamilton’s fifth round pick, both, in the 2023 OHL Priority Selection.

Terry, an 18-year-old Oakville native, was the Storm’s second round pick in 2018.

In his first year with Guelph he played in 51 games, recording two goals and five assists.

Last season he played in 47 games, recording seven assists and was occasionally a healthy scratch.