Guelph’s Robert Wickens remains in a Pennsylvania hospital after suffering serious injuries in a crash Sunday.
Aug 20, 2018 9:14 AM By: GuelphToday Staff 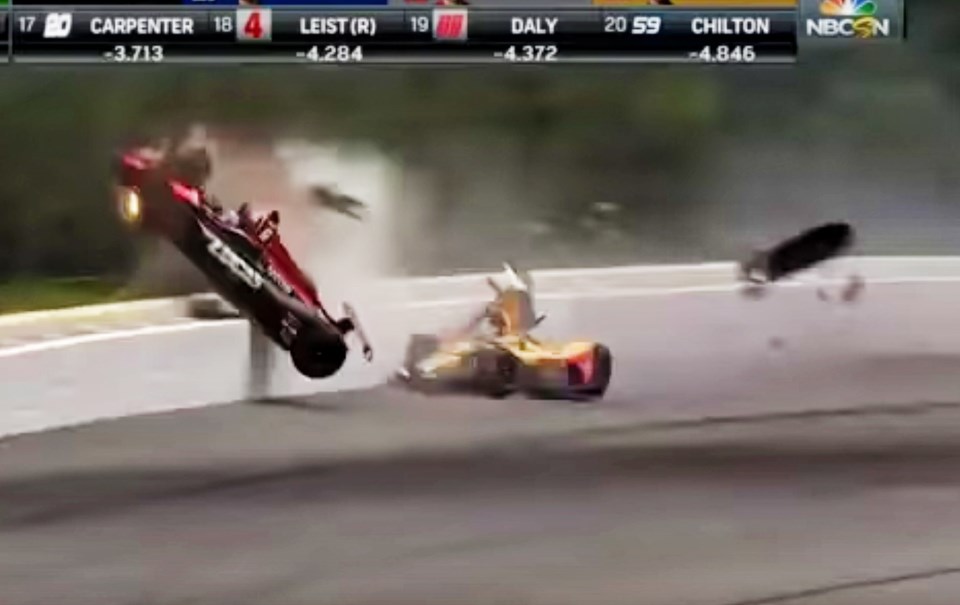 Guelph’s Robert Wickens remains in a Pennsylvania hospital after suffering serious injuries in a crash Sunday.

Several people involved in the racing industry posted on social media that Wickens had suffered two broken ankles and a broken arm in the accident.

Update on @robertwickens he is ok after this terrible wreck , 2 broken ankles , arm , possible fracture vertebrae . The car held up amazingly well . And he is awake and expecting surgery… https://t.co/ljze7hZU7V

“Schmidt Peterson Motorsports driver Robert Wickens is being treated for injuries to his lower extremities, right arm and spine following an incident in the ABC Supply 500 at Pocono Raceway. He also sustained a pulmonary contusion. He will undergo an MRI and probably surgery at Lehigh Valley Hospital - Cedar Crest. Further updates on his condition will be provided when available"

Wickens suffered the injuries in a horrific crash on the first lap of an IndyCar race at Pocono Raceway. His car clipped another race car and Wickens ended up mounting a low wall and crashing into the pole that was holding up a safety fence.

He was taken to hospital by helicopter and was awake and alert.

Although not born in Guelph, Wickens and his family spent several years living here and he still lists Guelph as his home.

Keeping the Gryphons game ready in times of COVID
Oct 13, 2020 3:00 PM
Comments
We welcome your feedback and encourage you to share your thoughts. We ask that you be respectful of others and their points of view, refrain from personal attacks and stay on topic. To learn about our commenting policies and how we moderate, please read our Community Guidelines.