Parade get underway around 4 p.m. Monday before finishing up with a rally outside city hall
0
May 26, 2019 1:36 PM By: GuelphToday Staff 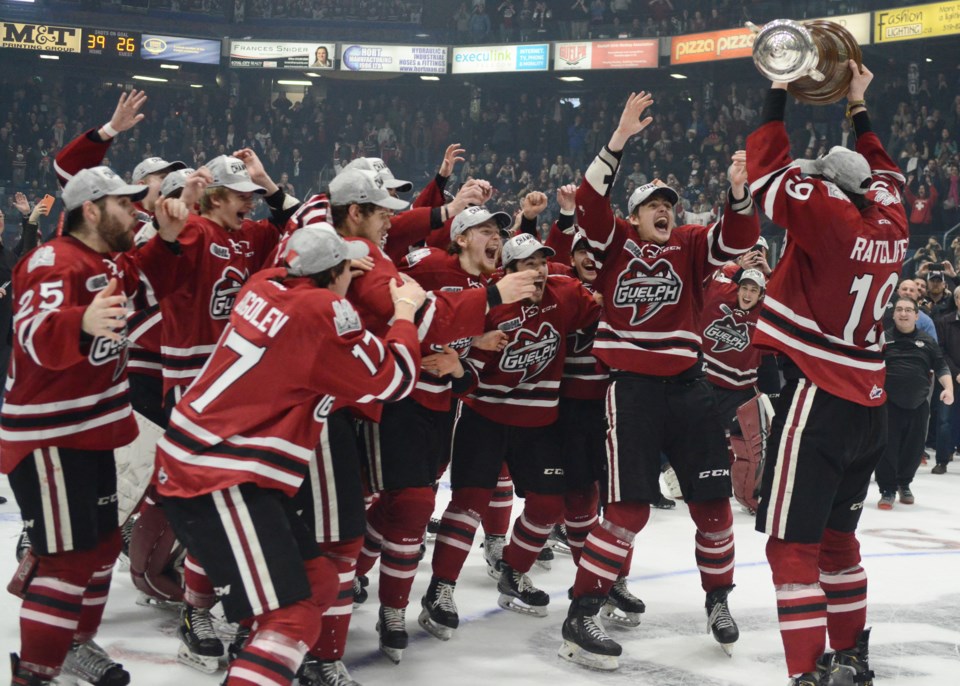 The Guelph Storm celebrates after being awarded the championship trophy on May 12. Tony Saxon/GuelphToday file photo

There will be a parade in Downtown Guelph on Monday to celebrate the Guelph Storm's season.

Players and team officials will make their way from the Sleeman Centre to Market Square in front of city hall at around 4 p.m.

There they will be greeted by city dignitaries and members of the Storm and city will address those gathered.

Guelph captured the Ontario Hockey League title this year in remarkable fashion, rallying from being three games down on one occasion and two games down in two other series before coming back to win.

At the Memorial Cup they went 2-1 in the round robin before losing in the semifinal 6-4 to the Rouyn-Noranda Huskies.

Can the Guelph Storm be better? 'Absolutely,' says coach
May 23, 2019 1:00 PM
Comments
We welcome your feedback and encourage you to share your thoughts on this story. We ask that you be respectful of others and their points of view, refrain from personal attacks and stay on topic. To learn about our commenting policies and how we moderate, please read our Community Guidelines.