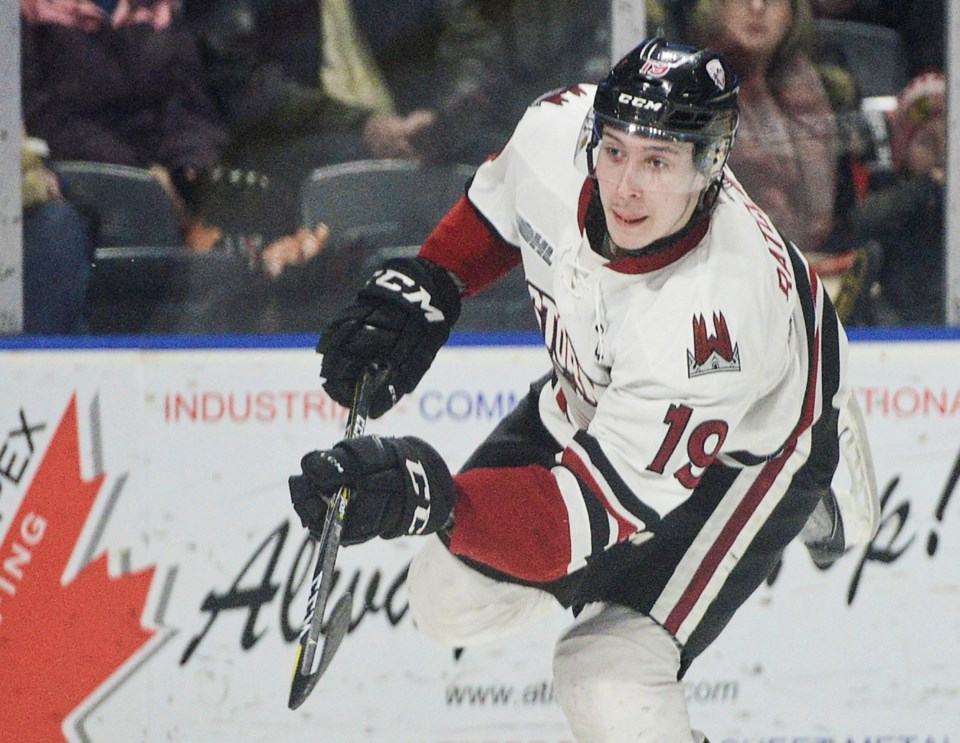 FLINT - Isaac Ratcliffe had a hat trick for the second consecutive night and Nick Suzuki had five points to lead the Guelph Storm to an 8-1 win over the Flint Firebirds Saturday night.

Ratcliffe now has 43 goals on the season, leaving him with 10 games remaining to score seven goals in a bid to become the fourth Storm player to ever score 50 in a season.

Dmitri Samorukov and Durzi both finished the game with a plus-7 rating.

Guelph plays in London on Tuesday.