Skalde out as Storm coach (updated) 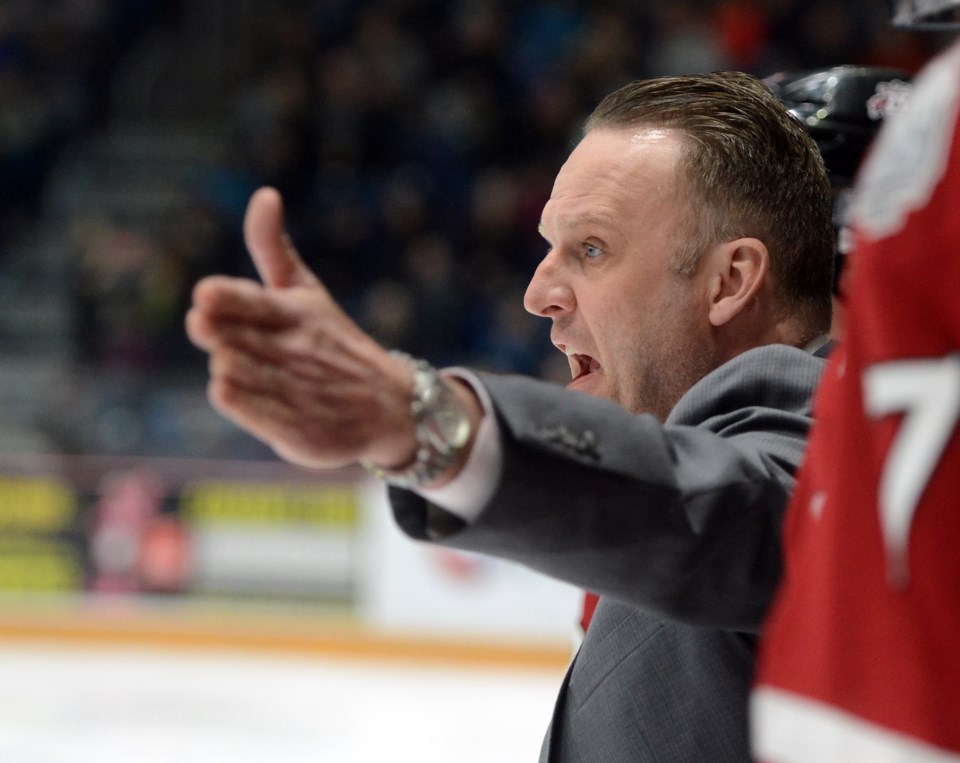 Jarrod Skalde is out as coach of the Guelph Storm hockey club.

"The Storm Hockey Club announced today that Jarrod Skalde is no longer with the team, and will not be back as Head Coach next season.

"We want to thank Jarrod for his efforts over the past two seasons and wish him the best going forward."

When asked for comment, Guelph Storm general manager Mike Kelly said that it was a "private matter" and that the team would not be making any further comment."

Skalde joined the team as head coach in December of 2015, replacing Bill Stewart. His coaching record with the team was a combined 31-63-6-2.

He had one year remaining on his contract.

The Storm is currently in the process of hiring a new general manager with Kelly leaving the position in May.

Guelph Storm's losing streak hits nine games (3 photos)
Jan 25, 2020 9:31 PM
Comments
We welcome your feedback and encourage you to share your thoughts on this story. We ask that you be respectful of others and their points of view, refrain from personal attacks and stay on topic. To learn about our commenting policies and how we moderate, please read our Community Guidelines.

$69.95 Wheel Alignment ($40 savings)
Oriental and Area Rugs - Does your rug need a freshening up?