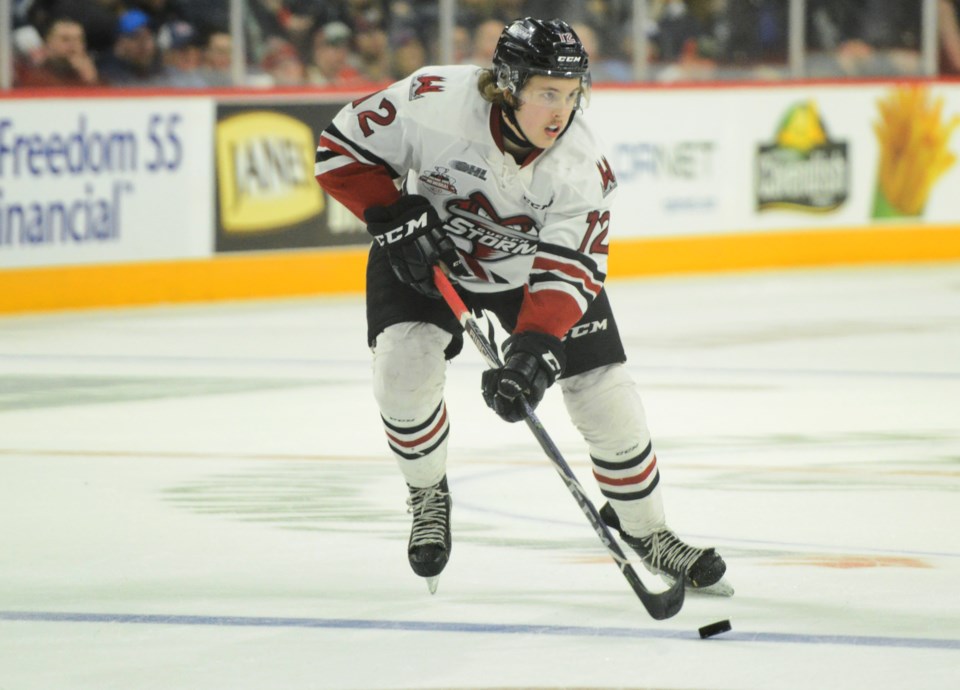 SARNIA — Keegan Stevenson had three points to lead the Guelph Storm to a 5-3 win over the Sarnia Sting on Sunday.

Rookie goaltender Owen Bennett made 25 saves in the Storm net to earn his first OHL victory.

Guelph lead 2-0 after one period on goals by Eric Uba and Danny Zhilkin then made it 3-0 early in the second period on a goal by Daniil Chayka, his third goal in the past two games.

Sarnia made a game of it with two goals before the end of the second period, but the Storm's Pavel Gogolev scored 26 seconds into the third period to restore the two-goal lead.

After Sarnia scored at 2:26 to make it 4-3, Stevenson iced the game with a goal at 16:51, banging in a loose puck that found him at the side of the Sarnia net.

Bennet was beaten by some sharp-angle shots early in the game but came up with some huge saves in the third period when Guelph was clinging to a one-goal lead.

Stevenson was also a plus-4 in the game.