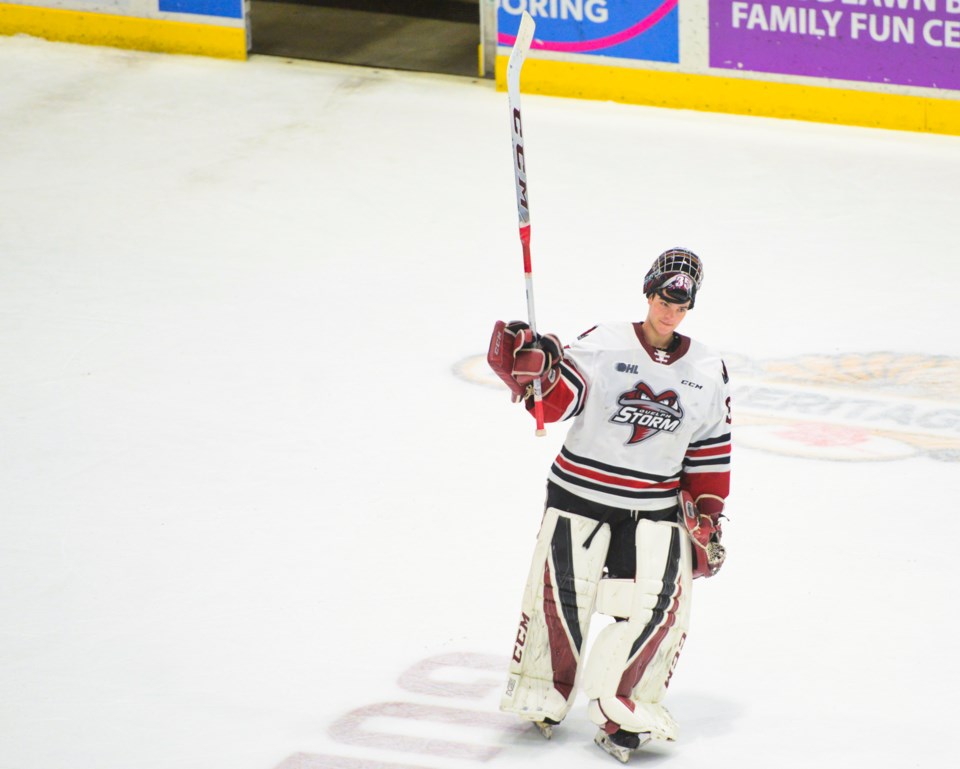 It was one of three categories Daws was recognized in in the annual poll, which was released Thursday.

In total, six Storm players were named in the poll, which sees the coaches choose the top three in each category while not being allowed to vote for their own players.

Winners are chosen by conference.

Daws was also voted the best puckhandling goaltender in the West and the second-best shootout goalie.

Cam Hillis was also named in three categories for the West, finishing third in best playmaker, best on faceoffs and best defensive forward.

Pavel Gogolev was voted the second most dangerous around the net and second best shot. He was third best in a shootout.

The full poll results can be found here.

Nighthawks get second win at Summer Series tourney
Jul 29, 2020 3:00 PM
Comments
We welcome your feedback and encourage you to share your thoughts. We ask that you be respectful of others and their points of view, refrain from personal attacks and stay on topic. To learn about our commenting policies and how we moderate, please read our Community Guidelines.